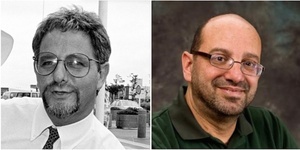 American sportswriter and journalist Irvin Muchnick gave an interview to Seán O’Rourke on RTÉ Radio One, following the publication of the second eBook edition of his book about former Irish swimming coach George Gibney.

Asked how such investigations may “turn up the heat” on Gibney, Mr Muchnick said:

“I know that there are federal agents who are involved in these swimming investigations who are taking a specific look at George Gibney right now.”

“Federal prosecutors in New York are investigating USA Swimming, including allegations that the organization stifled athlete sexual-abuse claims, concealed its assets and improperly reaped hundreds of thousands of dollars in rebates from its in-house insurance company, people familiar with the matter said.

“Over the past year, a federal grand jury in Manhattan has heard evidence in the investigation, which is being led by the Manhattan US Attorney’s office and the Federal Bureau of Investigation.”

It followed an article last month concerning the same investigation by Scott Reid in the Orange County Register.

Federal grand juries are used in some US states to decide whether probable cause exists to support criminal charges against a suspect.

Grand jury deliberations are carried out in secret.

Related: Gymnastics Federation’s Payments to a Linked Foundation Is Under Scrutiny (The Wall Street Journal, October 7, 2019)

2 thoughts on “Meanwhile, In New York”