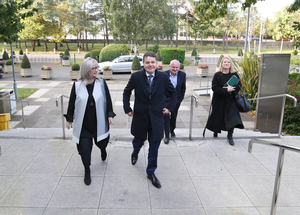 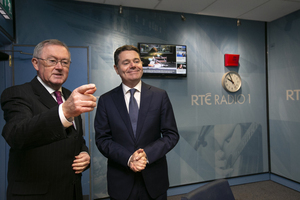 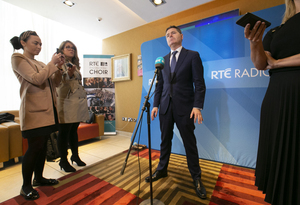 A caller aged 68 is unhappy at recently losing his and wife’s eligibility to a medical card and seeing that in yesterday’s Budget over 70s have had the income threshold limit for medical cards increased to €1,050. He asks why under 70s didn’t have a threshold increase. Mr Donohoe says he had to make changes affordable to the funds he had available. He added that he would like to make further changes in the future when funds are available.

Mr Donohoe has defended the decision to make €16.8 million available for the greyhound industry. He was asked on Today with Sean O’Rourke why this money could not be ringfenced for carers. Mr Donohoe said that €1.4 billion overall had been put aside for carers.
He told a caller that Ministers Shane Ross and Michael Creed have looked to put significant changes in place to deal behaviour that he believed was “utterly unacceptable in the greyhound industry”.

21 thoughts on “Doing The Rounds”