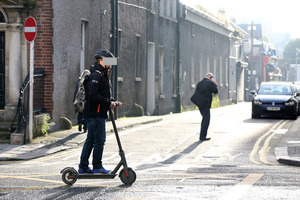 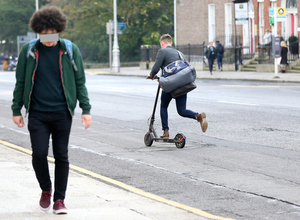 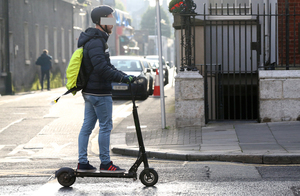 With an already shaky law governing the e-scooters…

This morning, via Via The Irish Examiner:

E-scooters will be limited to speeds of 25km per hour under new proposals.

They will have to be fitted with ‘speed-limiting devices’.

Fianna Fáil is bringing forward a bill to legislate for the safe use of e-scooters, which are currently illegal on public roads.

It wants e-scooters limited to speeds of 25km per hour, with fines due to anyone found to have tampered with the speed-limiting technology.

Anyone who does travel faster than 25km per hour would also be fined if caught.

And good luck with all that.