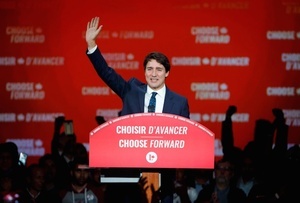 Canadian Prime Minister Justin Trudeau won a second term in Canada’s national elections yesterday despite having been weakened by a series of scandals that tarnished his image as a liberal icon.

For weeks now I’ve wanted to know
What would happen to Justin Trudeau
Would a taste for black face
Cost the PM the race?
But they’ve given him another go

5 thoughts on “A Limerick A Day”