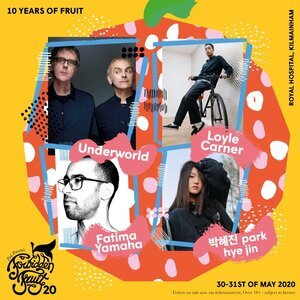 The first taste of our 10th anniversary… with Underworld, Loyle Carner, Fatima Yamaha, Park, Hye Hin and many more to be revealed over the coming weeks and months…

Fruit For The Loons