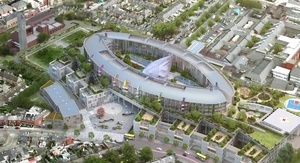 The head of the board responsible for the new national children’s hospital says it cannot be certain of the final price of the project.

The project has been highly controversial, this week the Labour party claimed the project would now exceed €2bn.

A letter from David Gunning, the chief officer of the National Paediatric Hospital Development Board, read out at the Public Accounts Committee today said: “There have been a number of exceptions that have been outside the approved budget for which there cannot be price certainty at this point or for the duration of the project.”