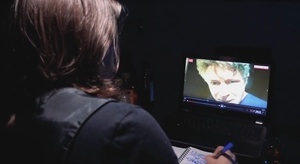 Barry McCormack – Lived Through This Before

The fix is in.

Dublin singer/songwriter Barry McCormack has enlisted actor Aidan Gillen (top) to star as a conspiracy vlogger in the video to the lead single from his new album Mean Time which is released this Friday.

It’s an intriguing tale of coleslaw and chemtrails delivered with Dylanesque panache. The video was edited by Colm McCarthy.

“I’m an observer rather than an activist. I feel passionate about the abandonment and dereliction that is everywhere. Are we going to end up in the same situation as San Francisco, where it’s three grand for a bedsit and around the corner everyone is homeless and it’s a really nasty, violent atmosphere?“