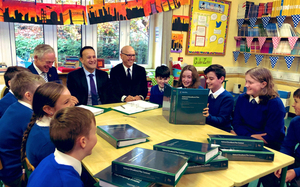 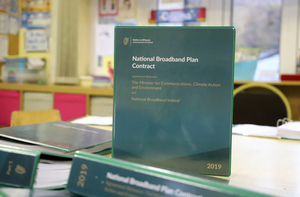 Fianna Fail is demanding the government explain how a previously undisclosed private investor in the €5bn national broadband plan (NBP) became involved in the state’s most expensive infrastructural development, and on what terms, writes Justine McCarthy.

The involvement of a third American investment firm emerged on Tuesday when the contract was signed.

Previously, Leo Varadkar, the taoiseach, and Richard Bruton, the communications minister, had told the Dail that Granahan McCourt, the winning bidder, and Tetrad Corporation, an associated company, were the sole private funders involved.

Oak Hill (OHA (UK) LLP) was named in a Department of the Taoiseach press release issued at a news conference on Tuesday as providing some of the €220m equity and capital investment required of the winning bidder under the terms of the contract. The state is putting up a subsidy of €2.9bn.

No information was given about how much of the €220m Oak Hill is providing.