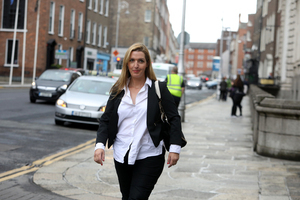 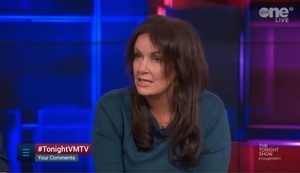 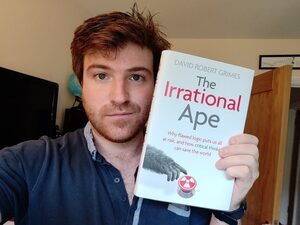 Yesterday I tweeted something thoughtless, & hurt a passionate patient advocate. My remark was ill-judged, & I I apologise unreservedly to Vicky Phelan for any hurt I caused.

“We cannot allow the perfect be the enemy of the good” @ciarakellydoc addresses the criticism she received for her article on how the CervicalCheck programme is in jeopardy. #TonightVMTV pic.twitter.com/vXW9lXDwGJ

Dr Ciara Kelly, of Newstalk, wrote an opinion piece last week’s Sunday Independent in which she asserted that medical screening services are under threat from litigation.

Cervical screening saves Irish women’s lives. It is a public health success story, despite its limitations. If it is sued into oblivion, despite delivering results comparable to all international norms, who will benefit? Certainly not women. No one will benefit except those in receipt of legal fees.

…Our adversarial, highly litigious legal system is simply not compatible with the high level of false negatives in even the best public health screening. My understanding is that the lawyers are now circling BreastCheck too, to the extent that its legal costs are mounting.

…Lawyers, currently being lauded as women’s advocates, will have done women no favours. No favours at all.

Limerick mum-of-two Vicky Phelan, who has been an ardent advocate for women to use cervical screening services since the day she went public with her case, posted several tweets in response to Dr Kelly’s article.

Referring to Dr Kelly’s claims that people view CervicalCheck as “cause for litigation”, Ms Phelan said:

“This is simply not true. Of the 221 group so far, ONLY 6 cases have hit the courts. Yes, there are more cases pending but it is certainly not the case that all of the 221plus have cause to sue.

“I take offence at Ciara’s claim that ‘no one will benefit from suing except those in receipt of legal fees’.

“Tell that to my children, and the children of Emma Mhic Mhathúna and Ruth Morrissey who have successfully sued and who will not see our children grow up.

“Our settlements will be used to ‘benefit’ our families when we are gone.”

And in relation to the inference that those who sue will be the downfall of CervicalCheck screening programme, Ms Phelan said:

“CervicalCheck did that all on its own, as the Scally Report has shown.”

On Wednesday night, cancer researcher Dr David Robert Grimes, who has been promoting his book The Irrational Ape the past number of months, tweeted about Ms Phelan’s use of one of the therapies she uses – hyperbaric oxygen therapy, a process that involves breathing pure oxygen in an enclosed chamber.

“What’s the correct etiquette for when a high profile national hero pushes dangerous pseudoscience? Asking for a friend (and) my sanity, as I would really prefer not to get the inevitable hate for calling it.”

“… apropos of nothing, hyperbaric oxygen therapy should not be advocated for conditions for which it is devoid of efficacy, (and) comes with risk of harm. It is not certainly not a cancer treatment, & can cause active damage. Please take medical advice only from your physician.”

Yesterday I tweeted something thoughtless, & hurt a passionate patient advocate. My remark was ill-judged, & I I apologise unreservedly to Vicky Phelan for any hurt I caused.

Meanwhile, last night, Dr Kelly was on Virgin Media One’s Tonight show in which she told presenter Ivan Yates to “hold your horses” when he suggested she was “having a go at the legal profession and the claimants”.

Dr Kelly said she was wasn’t talking about the claimants but she was talking “about what the court system did”.

Dr Ciara Kelly: ‘Who benefits if screening is sued to oblivion? Not women’ (Sunday Independent)

‘I Hope Some People Will Eat Humble Pie’

22 thoughts on “‘Tell That To My Children, And The Children Of Emma Mhic Mhathúna And Ruth Morrissey’”