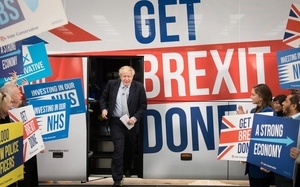 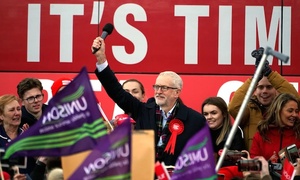 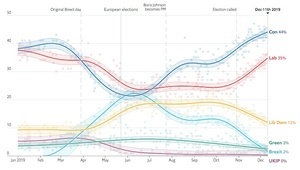 As Britain goes to the polls tomorrow….

The latest opinion polling average for the general election shows the Labour Party struggling to catch up to the Conservative Party, though a new forecast on Tuesday night suggested a hung parliament could still be on the cards.

Who is winning the race for 10 Downing Street? (The Economist)