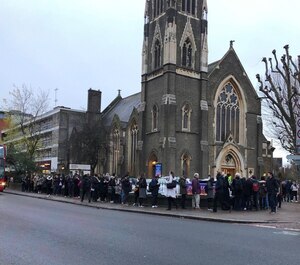 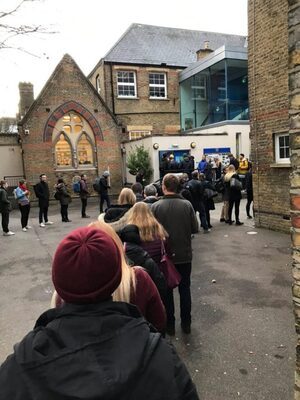 Massive queues have formed outside polling stations in London on election day, with one man claiming his was “20 times busier” than in 2017.

One woman said she was queueing for 35 minutes outside her polling station, which was the busiest she had seen it in 20 years of voting there.

Polls close at 10pm, and many people would have been hoping to tick their preferred box before heading to work.

General election 2019: voters queue for ‘most important poll in a generation’ – live news (The Guardian)

18 thoughts on “They Love A Queue”