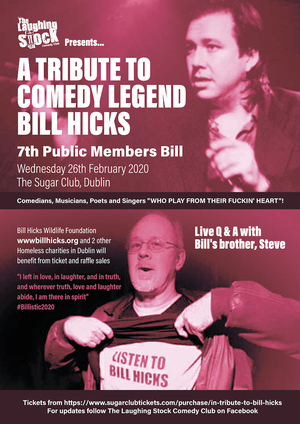 He was a true artist. A musician, songwriter, dark poet and philosopher who used the art of comedy to challenge the hypocrites and pharmacist.

A stand up Comedian, who stood up to politicians and masters of war. Exposing the banality of evil in all its guises, particularly in the ‘entertainment industry’

A truth seeker who went from town to town spreading informed opinion and facts. His voice of reason was greatly ignored in America and often censored.

Large amounts of people were offended because they could not fully understand the message, so the telling of ‘dick jokes’, to make the medicine go down was a necessity.

Many unwise men did not like the message of love, inclusion and peace, so they tried to ‘shut him up’.

Even though he woke many people from their drunken materialistic, war mongering slumber, many still do not believe (including Dara O’Briain) that such a creator and tour de force lived among us for almost 33 years.

It’s reasonable to say, he was a tortured genius, who was crucified by ‘the man’.

In the carefree early 90’s when real rock n roll was played on day time radio Bill Hicks was the king of rock n roll comedy.

His truth love and honesty for his fellow human beings made him the most outspoken voice of his generation and the hottest ticket in town.

I know it might seem weird but offending people especially in power was all the rage back then (listen to Rage Against The Machine, the clue is in the name).

In a time of WTF is WWF and Television Evangelists, Hicks really turned the light switch on, for the ‘jilted generation’.

Before the free information age people had to buy stuff to inform themselves, and by doing that, real artists got paid and could live. Yeah! it was the opposite of stealing. Note to Denis Leary.

We now live in an age where parents and adult children spend ridiculous amounts pf money going to Westlife reunion concerts. The same Westlife that had their ‘music’ used by the CIA, to torture inmates in Guantanamo Bay.

In 2020 get some clear vision. Start now by buying a ticket to The Laughing Stock Comedy Club’s ‘7th Public Members Bill’ at The Sugar Club Dublin on February 26, 2020.

The ideal Xmas present for yourself and your loved ones .

Special guest on the night will be Bill’s brother Steve. 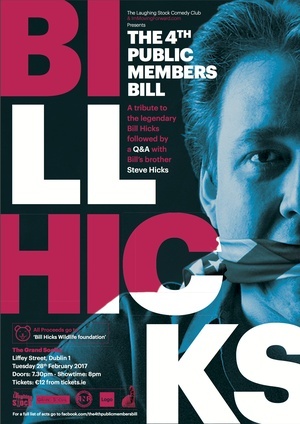 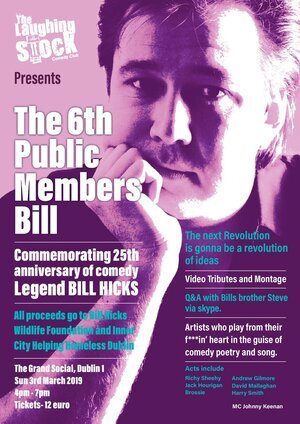 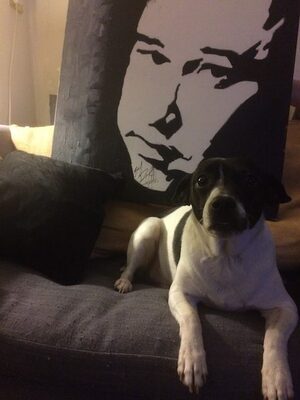 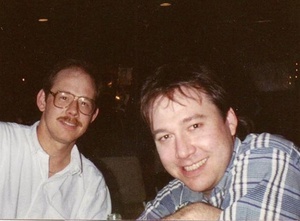 21 thoughts on “A Saviour Born Today”