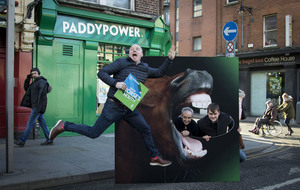 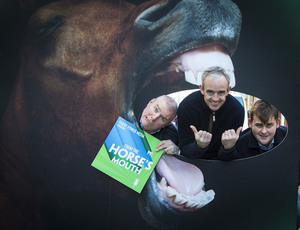 Above from left: Paddy Power, Ruby Walsh and Tom Nugent

Every week, record-breaking jockey Ruby Walsh will join Paddy Power, the face of well-known bookmaking firm Paddy Power. Horse racing aficionado Tom Nugent will also muck in with some informative, highbrow and thought-provoking content… ah who are we kidding?

Prepare for banter-filled, controversy-fuelled debate and a distinct possibility of some stand-up rows.

‘From The Horse’s Mouth’ will feature some of the biggest names in the game each week, kicking off with BBC Racing legend Cornelius Lysaght for the debut show…

From The Horse’s Mouth

27 thoughts on “Off The Bridle”