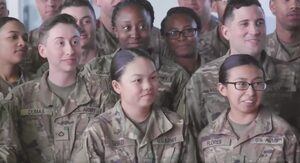 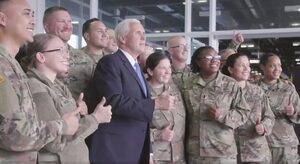 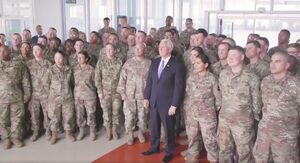 Great seeing US Troops from Texas, Pennsylvania, and New York during our stop in Ireland today! Proud of you and grateful for your service! God Bless Our Troops! 🇺🇸 pic.twitter.com/t33rIXNFco

Vice-president of the US Mike Pence, on his way to the US, posed for photographs with US soldiers at Shannon Airport where they made a refuelling stop before their onward journey to Iraq.

Throngs of Iraqis gathered on the streets of the capital, Baghdad, on Friday to protest the United States military presence at the behest of a leading populist cleric and armed forces with ties to Iran.

The demonstration came three weeks after the United States launched a drone strike in capital that killed the Iranian commander Maj. Gen. Qassim Suleimani and a prominent member of the Iraqi government, Abu Mahdi al-Muhandis, with close ties to the Popular Mobilization Forces, some of whom are close to Iran.

Days later, at the urging of the Iraqi prime minister, the Parliament endorsed a measure demanding the expulsion of foreign forces from Iraq, which in the minds of most Iraqis meant American troops.

The protest on Friday was the first designed specifically to denounce the American presence in Iraq since the parliamentary measure.

Tens of Thousands of Iraqis mass in Baghdad to Demand Expulsion of US Troops, Hang Trump in Effigy (Juan Cole, Informed Comment)

9 thoughts on “Just Passing Through”