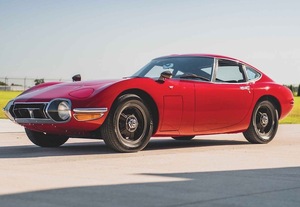 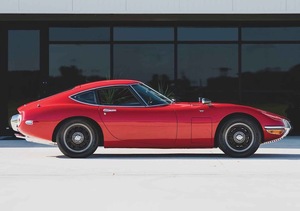 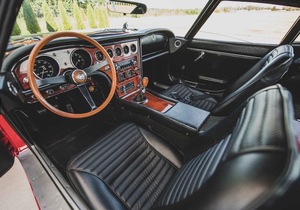 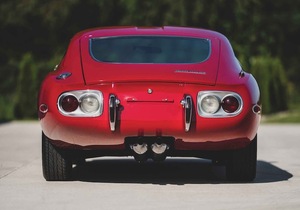 Behold: the 1967 Toyota 2000GT Coupe. Heavily influenced by the E-type Jag, and something of a radical departure from Toyota’s (at the time) staid and reliable stable, the roadster version of this car was James Bond’s vehicle of choice in ‘You Only Live Twice’ (1967).

This vehicle – owned for 20 years by American racing driver Otto Linton – is one of only 62 left hand drive variants produced for the US market and is currently accepting bids.