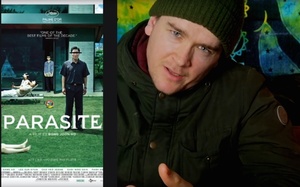 I saw the Oscar best feature in the Omniplex in Rathmines [Dublin 6] and thought I’d give my thoughts on it. A dark and tragic comedy like The Butcher Boy (1997), a class commentary like La Haine (1996). A well deserving winner in my book…

The Lads Make A Million