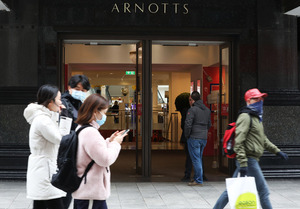 The political philosophy holding most influence in how responses are being determined can be identified by which of these two questions are being asked, in what intensity, and to what degree of prioritisation.

It is fairly obvious that the administrations in the US and in the UK, have been asking themselves the second question first, most loudly and most regularly.

Any policy response to a pandemic will bring about huge societal adjustments. To anticipate such responses in purely financial terms is particularly misanthropic.

The follow through questions asked by these administrations seem to have been solely based on economic impact.

In the circumstances we all find ourselves now, no approach is going to be without difficulty. To make achieving success that more difficult because of ingrained philosophical hang ups, will rightly be seen as especially wrong.

The first response to this public health crisis in the US and UK has been to seek to limit the role government can and should play.

The underlying ‘values’ behind this belief is a perverse understanding that the more government/public agencies become involved, the greater the damage they are likely to cause.

The definition of this damage is informed by a secondary principle – the business of business should be largely unaffected.

While they will proclaim otherwise, these theories are callously indifferent to human health and life.

Few would argue that we be indifferent to the economics of any health crisis. But to give potential economic consequences such a priority is unfair to most people in those societies.

In Ireland we have had a government, now in a caretaker capacity, that has been similarly wedded to market principles. This adherence has seen housing provision become further and further detached from public need.

It has also made the achieveing of a health service, which was truly public and which the public has confidence, much more difficult to attain.

However in its approach to how this virus is impacting Ireland, the government is operating a far more people centred approach.

It would be better if our new government could be formalised. Like Eamon Ryan I believe that a national government would be best placed to deal with the scale of the predicament we face.

Even if not possible, the default setting should be to continue to support the government as it is constituted on the course it is currently following.

To seek to create a new government, formed on a crude majoritarian basis, that would divide rather than continue to involve the Dáil, would be precisely the wrong action to take as we seek to collectively tackle this crisis.

The approach to date has been, thankfully, politics free. The support our public services and agencies need has to engage our entire political system acting unambiguously towards a single focused goal.

Forming a new government in Ireland, especially a government that could be tempted to reassert market principles to social policy areas, is something that shouldn’t be encouraged until we can get this virus under control.

14 thoughts on “Dan Boyle: The View From The Till”