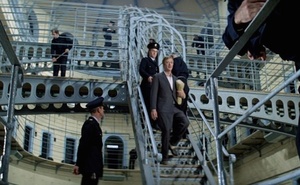 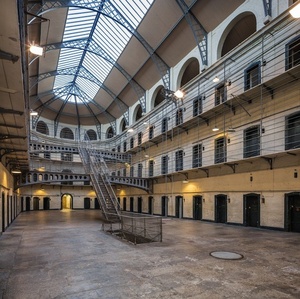 From top: Michael Caine (carrying parcel) in a scene from The Italian Job shot in Kilmainham Gaol; Kilmainham today.

All the prison scenes in the 1969 classic The Italian Job were actually filmed in Kilmainham Jail, in Dublin! The East Wing was painted yellow.

After the filming of In The Name Of The Father in 1992, it was repainted in cream & brown, which remains to this day. 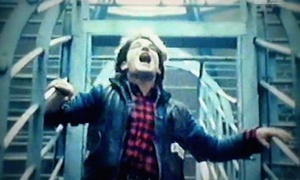 U2 perform inside Kilmainham for single ‘A Celebration’ in 1982.

The band were at the time serving six months for a number of fashion crimes. 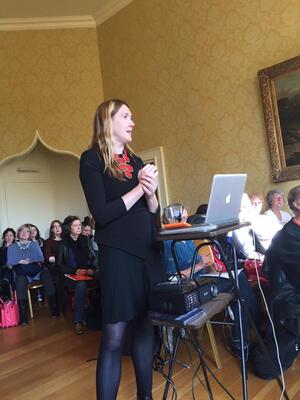