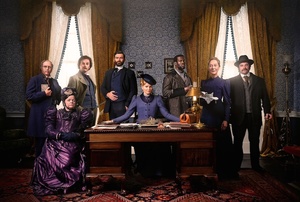 Miss Scarlet and The Duke is a female detective series set in Victorian London, shot 100% in and around Dublin City last year.

This series was shot with the help of the government of Ireland tax incentive for the Irish Film & TV Industry. The series employed over 400 people in the making of this series

The series starts next Tuesday at 9pm on Alibi, one of the suite of UKTV channels available in Ireland on both Sky (channel 132) and Virgin Media (channel 151)…

Miss Scarlet And The Duke (Alibi)

6 thoughts on “Scarlet For You”