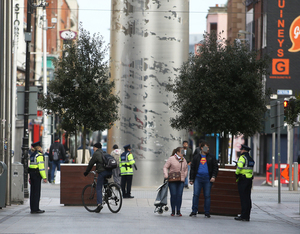 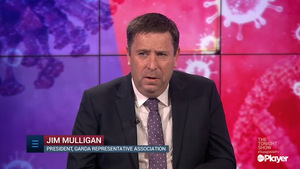 President of the Garda Representative Association Detective Garda Jim Mulligan told host Ivan Yates that he didn’t know the specific details of the new powers that emergency legislation has bestowed on gardai during the Covid-19 pandemic.

He said that he had discussions with the Department of Justice yesterday about the new regulations but added that he’s still waiting on them.

His comments follow the Minister for Health Simon Harris moving the Health (Preservation and Protection and other Emergency Measures in the Public Interest) Bill 2020 through the Dáil on March 19 without a vote.

In response to submissions from TDs and civil liberties groups, the Government agreed to include a “sunset clause” in the bill. Mr Harris subsequently set the “sunset” date for November 9th, a date he acknowledged was “arbitrary”.

“We’re hoping they’re [regulations] quite clear and everybody knows where they stand.”

Ultimately though, he said, the gardai will largely be helping the HSE enforce measures in the bill which provide for the forced detention of people who will not self-isolate.

Part 3 of the bill includes powers to restrict the movement of people, including the detention of people whom a medical officer believes is a “potential source of infection”, who cannot be “effectively isolated” or who refuses to remain in their home or in accommodation arranged by the HSE.

The bill provides that a medical officer of health who makes a detention order must ensure that a medical examination of the person who is the subject of the order is carried out as soon as possible and “no later than 14 days” from the time the person has been detained.

It also includes powers to quarantine an area or region where there is thought to be human transmission of Covid-19 and from which there is a “high risk” of contamination emanating by travel from that area.

It also includes powers to close premises, close events, and to arrest people without a warrant in certain circumstances.

Those found to have breached certain restrictions will find themselves subject to fines and/or possible imprisonment of up to three months.

Section 10 of the bill also confers on the Minister “any other measures that the Minister considers necessary in order to prevent, limit, minimise or slow the spread of Covid-19”.

In other words, it gives the minister powers to introduce any measure he wishes in this section by statutory instrument or regulation that does not have to be approved by the Oireachtas.

When the bill was being debated on March 19th, Independent TD Catherine Connolly, a former barrister and clinical psychologist, said the following in respect of the bill’s sections dealing detention.

“We have a crisis but in times of crisis when we want to put through legislation such as this that is giving seriously broad and excessive powers in my opinion to the Garda Síochána, to the Minister and not just to doctors but to medical officers undefined, then there is a great onus on the Government to place that in context, in particular in the context of our rights under human rights legislation and the European Convention on Human Rights, which we have adopted in our Constitution.

“The absence of protections in the Bill is of great concern to me. I got the amendments to the Bill a half an hour ago and I understand the staff are under pressure.

“Let me pay tribute to the staff of the Dáil but I do not want to waste my time paying more tributes. Take it as given. When we are in a situation where we are looking at amendments and trying to get our heads around the other amendments tabled by my colleagues, it is difficult.

“Then we are looking at legislation we are being asked to pass by 5pm or 6pm today with no sign of protection for human rights.

“That is of great concern to me and if I am prepared to do that, I at least ask the Government to remove the section where an order can be made automatically to renew it.

“To allow a Minister to renew this on the advice of a medical officer or on some other advice, without bringing it back before us is not showing good faith. It is very important that we show leadership and acknowledge what people are doing on the ground in addition to the staff.

“We must show leadership at this level and bring in legislation that is framed in human rights. It is not that difficult. The Government has to show in this case that the powers are necessary, proportionate and non-discriminatory. We could have all tabled amendments but they will not be heard.

“The general principle – non-discriminatory, proportionate and necessary – is nowhere to be seen in this Bill.

“Not alone is the word “citizens” used in the preamble but it is used in another section of the Bill. That is of great concern to me. As I said, extraordinary powers are being given to a Minister, medical officers undefined and the Garda Síochána, with powers of arrest without warrant on a reasonable opinion.

“…This inconsistency throughout the Bill is of great concern. We have detention and isolation for a period of 14 days mentioned. It should be more specific that the person should be tested more quickly than that, not after 14 days.

“Of even more concern is that there is a provision for a review but there is no provision to tell the person he or she can take a review and there is no time date on that review. I am not sure why that was done.”

The Ceann Comhairle told those sitting in the Dáil that he had received 86 proposed amendments to the bill but ruled 49 out of order “on the grounds that they impose charges on the Exchequer or they are outside of the scope of the Bill”.

Later, the Minister for Health Simon Harris took issue with the use of the word “draconian” by some TDs. He said:

“Whatever about technical definitions of “draconian”, these are very serious powers to give to the State. They are powers that could potentially be abused.

“They certainly must be reviewed. In other circumstances we would not accept giving a Government these powers. We are dealing with an extraordinary situation so extraordinary measures are necessary.

“People would wish to see anything done that would prevent the transmission of the virus, and they are right to do that. However, I do not understand why the Minister is afraid of this House giving him the power to extend those powers in May, the date they are due to lapse.

“What is the problem? Does he not trust the House to give him the right to extend those powers? In addition, when there are serious problems with the definition of the “authorised medical officer” who can make the decision to detain people, why will he not entertain amendments which provide that it should be a specialist, a practising doctor?

“I will come back to the dates. The Minister is happy the social welfare provisions will continue until 9 May and thereafter can be rolled over by the Government. Everybody is happy with that.

“What is so wrong with this House having the power to determine whether it is necessary to detain somebody when an ill-defined person deems it merely “appropriate”? Some official somewhere could deem it appropriate.

“I agree powers are necessary but it is Kafkaesque to think somebody somewhere would think it “appropriate” for a person to be detained for medical reasons. This is not necessarily a medical doctor but an ill-defined person.

“We raised the concern and we were told the power would extend to six months, which is an acceptable compromise. We now see it is November. I would welcome it if the wording brought it back to September but a draconian measure is not necessary. All the modelling we have suggests the worst of the crisis will have passed by November.”

Fianna Fáil TD Jim O’Callaghan told the Dáil that the minister of health has had the power to issue “regulations to prevent the spread of infectious diseases” since 1947 and it’s a power that hasn’t been abused to date. He said:

“It is a power that exists under section 31 of the 1947 Act and it has not been abused since that time in any way. It is important to point out that Covid-19 was included in a regulation made by the Minister in February 2020.

“It is also important to note that since 1947 a Chief Medical Officer
or registered medical practitioner has had the legal power to isolate and detain people if they believe they are probable source of an infection.

“These are very strange and broad powers but they have existed for nearly 73 years and have not been abused to date. Even if there is a sunset clause, and if this legislation we are discussing today fades from our Statute Book, the Minister and chief medical officers will still have these extraordinary powers.”

“Deputy O’Callaghan hit the nail on the head. We should not be suggesting to people that we are endeavouring to take steps in this House to enable people to be detained. That is not what we are doing. We are making sure that we have the provision to do so should the need arise in the public interest to save lives.

“Many people in this House have called on me to shut this, cancel that and do the other. Did they check whether I had the powers to do that? What we are trying to do here is to ensure we have legislation on the Statute Book to allow steps to be taken if it becomes necessary.

“I refer to taking steps not on the basis of a whim I or any of the other Members may have, but on the basis of the best medical advice from the Chief Medical Officer so that we can do that and do it quickly.

“If the Department of Health and the Chief Medical Officer believe these powers are necessary in the time of a public health emergency, then I am with them all day long. I really hope there is a majority in this House for that.

“The Deputy is right. Picking a date is somewhat of an arbitrary process. Deputy Naughten suggested next May and other Members suggested a shorter time. Let us be clear. We cannot wish this virus away. It is going to be with us for many months and none of us knows exactly how long. It seems prudent to me that we would put in a date in November to ensure, if there is a point in time when this House cannot meet or other gatherings cannot take place, that we still have the powers we need.

“These are powers we do not ever wish to use, but they are powers that should be there. Let us not forget why we are doing this. The only reason we are doing this is to support our public health experts in saving lives and keeping people well. That is the only purpose of these measures, measures we hope we will never need to use.”

Read the debate in full here.

Read the bill in full here

Watch the Tonight Show back in full here

4 thoughts on “Locking Down Our Civil Liberties”