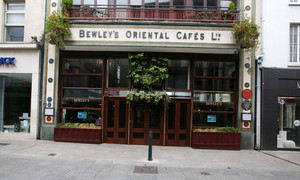 The permanent closure of Bewley’s Café on Grafton Street in Dublin due to a combination of financial pressures has attracted much media attention in recent days.

It is most likely that many further closures will occur in the near future, and the enormity of the challenge of recovering from the effects of the Covid-19 recession is now coming into sharp relief.

Memories of the last recession are still fresh and one of its greatest effects was on retail businesses and services.

These effects had visible expression in the great extent of shuttered premises along many business streets and the consequent atmosphere of dereliction and neglect, which no amount of high-quality paving and planting could offset.

During this period much attention was paid to problems with high rents on business premises, and in particular to upward-only rent reviews.

Even when excessive rents resulted in closures, many institutions and landlords seemed prepared to accept this.

Options of abolishing upward-only rent reviews were examined but it was advised that, without constitutional change, this could be done only for new leases.

I cannot say how much has been learned from the last recession. In normal times the legal framework governing leases, defaults, relettings, etc, appears to work in a broadly satisfactory manner, but the current problems surely require much more radical action, with the underlying aim of enabling viable businesses to be restarted as soon as possible.

Whatever changes are needed to the legislative framework, the implementation of these should be readily achievable in the current climate.

Significant contributions from public funds are likely to be part of the solution but all other stakeholders will have to suffer some pain, with institutional investors and owners of large retail centres having to play their part.

Diminished rates of return might have to be accepted for quite some time but a sustainable resumption of economic activity within a reasonable timeframe must be the over-riding aim.

He Works Nights. He Won’t Disturb You

Be Part Of It

9 thoughts on “Onward And Upward-Only”