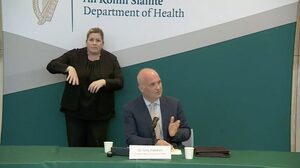 Chief Medical Officer at the Department of Health Dr Tony Holohon told the nightly press briefing that no new Covid-19 deaths have been recorded.

He said 59 more Covid-19 cases have been diagnosed, bringing the total number of confirmed cases to 24,698.

Meanwhile, asked about businesses calling for the two-metre social distance rule to be reduce to one metre, Dr Holohan said:

“And we think, for the moment, two metres is a reasonable compromise given where we are. But that’s something we’ll keep under constant review and I understand the position that businesses will have articulated in relation to some of those kinds of measures.” 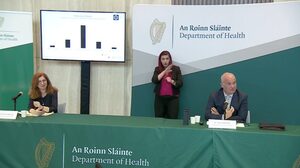 Dr Holohon also told journalists referred to the results of a Department of Health survey “hot off the presses”.

Dr Holohon said the survey’s results show more than half of participants (56%) believe that it is being done “at about the right pace” and another 24% believe it’s being done “too quickly or much too quickly”.

“That shows the majority of people are cautious. This is where the public is at. And so I understand completely why people who have responsibility, if you like, for sectors, or people who are in advocacy positions in relation to particular parts of the economy and society would fell that we need to be moving on more quickly. But this is giving us a sense of where…so we can open certain escorts in the morning for example.

29 thoughts on “No New Covid Deaths”