Hey folks, Thanks for the share, but just one thing. The prison moves north of the river to around St Michan’s Park Smithfield in the later 18th Century, so the main pic in your story is not the medieval building.
This is the only image of know of for the medieval building: pic.twitter.com/htn2gV1e1i 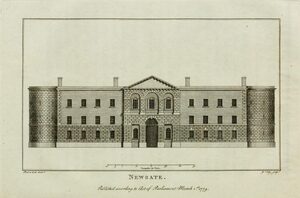 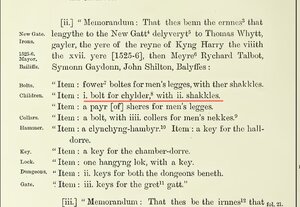 Newgate Gaol, near Christchurch, Dublin 8 operated as a detention centre from the Middle Ages until its closure in 1863

And you thought masks were restrictive…….

Inventory for chains, manacles, locks, etc for the relatively small Newgate Gaol, Dublin – approximaely around where High Street hits Cornmarket and Lambe Alley. 1525… Including a bolt and two shackles for ‘chylder’….

Impossible to tell without knowing the chylder’s offence, but feel free to comment below. 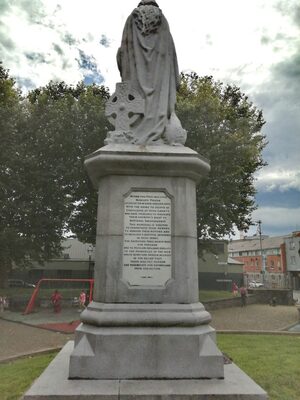 5 thoughts on “The Newgate Normal”