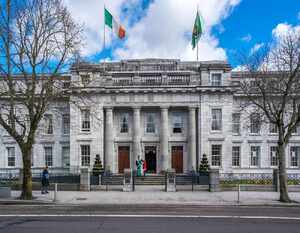 From top: Significant cuts to services are on the cards at Cork City Council; Dan Boyle

There is no public manifestation yet, but the effect of the necessary additional Covid payments will most readily be felt in the level of public services being provided in the coming year.

It isn’t being acknowledged that among the largest levels of cross subsidisation has been in the amount of income foregone by local authorities, mostly on the basis of decisions made by the government.

The deferral of business rates has been an appropriate response. It has, though, brought about a huge hole in the finances of local councils. There is promised government compensation, but no one believes this will come anywhere close towards meeting the income gap that has been created.

Consideration of the estimates of local councils, difficult enough at most times, will this year become near impossible to make the figures add up.

Budget preparations in most councils tend to be farcical in any year. Elected members want neither to increase income or decrease expenditure. Sometimes this is due to political posturing, most times it’s an unwillingness to assume any type of responsibility at all.

The ability to run away from these responsibilities will be less available this year. One of few direct powers of elected councillors, that of producing a fair balanced budget is about to be tested.

The likely result in most cities and counties will be unwanted and unloved half way house of both increasing charges and instigating severe cuts. This will please no one.

The income base of local government is unsustainable. It has been since 1977 with the election promise of the last single party majority government (Fianna Fáil), when domestic rates were abolished.

Every single attempt since then to ‘reform’ local government finance has spectacularly failed. The main effect of each initiative has been to further weaken local government, making it ever more reliant on national government.

A second outcome has been the willingness of many local councils to outsource the provision of their services and the management of many of their facilities.

This has created an unnecessary distance between the public and their local councils. It has also produced more than a few false economies.

This will be a persistent and perennial problem until we have real local government reform.

I don’t have much hope that this will happen. The organ of the State that should be providing the most necessary public services is most incapable of doing so.

The funding mechanism for most countries centre around property. For us in Ireland we have never had the stomach for a proper property tax to fund our local government services. It seems a particular bugbear for our ‘socialist’ parties.

It’s an ideological pincer movement. An administrative system that doesn’t want change and will obstruct its happening, helped by student politics that exist to avoid anything that resembles responsibility.

Bring back the Limerick Soviet I say.

Dan Boyle: Green And Bear It

10 thoughts on “Dan Boyle: All Politics Are Local”