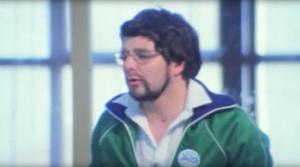 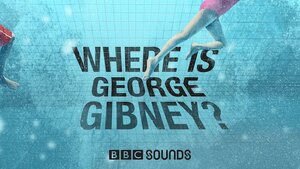 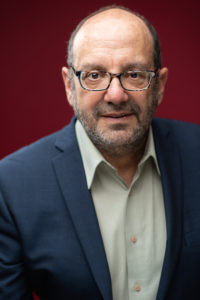 I don’t expect to be named Miss Congeniality for having to break the news to folks in Ireland that the BBC/Second Captains podcast Where Is George Gibney?, despite being hyped to the heavens by the herd of independent minds in the Anglo-Irish media, is pitifully exploitative and faux-earnest, and that its practitioners are callow.

In the just-aired episode about Gibney’s rape of a 17-year-old Irish swimmer, pseudonymously called “Susan,” on a 1991 training trip in Tampa, Florida, producer-narrator Mark Horgan tracks down her sister for the purpose of, among other things, sharing with the audience the indispensable factoids that this sexual assault victim boasted a perfect breaststroke kick and the physical beauty of a model.

Not noted is that the victim herself was interviewed in explicit detail on RTÉ television back in 2006.

Generally, the new podcast seems happy to make fair use of archival audio — but only when the content in question conveniently aligns with the new project’s template of rewriting, and adding slick production values to, what was already reported and re-reported, even in the Irish media. The priority is a patina of freshness and exclusivity.

Meanwhile, Horgan devotes exactly one sentence to recording the rejection of criminal charges against Gibney by Ireland’s director of public prosecutions. The DPP, Horgan glibly avers, “did not have jurisdiction” over Susan’s rape.

In fact, Susan was one of four former swimmers of Gibney’s Trojans team who lodged abuse allegations against the two-time Irish Olympic coach, prompting a fresh investigation by gardai in Blackrock, County Dublin.

In declining to pursue his extradition, the DPP office decided they were unmoved by the body of new evidence against him. As noted in my  last article, this was in 1996.

And if jurisdiction was the sticking point in justice for Susan, then how, pray tell, does that square with the DPP’s revisiting her case yet again in 2004 (with the same result)?

The sad bottom line of this podcast series has become clearer and clearer:

The Horgan crew appeared to have no desire to use their BBC platform to assist in a global reckoning for the abuses of an Olympic sports system that turns millions of kids in extracurricular activities into vessels of our bread-and-circuses fantasies, while covering up the worst outcomes, many of them heinous.

In the interview of Susan’s sister, she betrays this superficiality. The tragedy of her sibling’s ruined life is, yes of course, that Susan, following multiple suicide attempts, would turn into a mental patient who required institutionalisation. But the other tragedy is the one about how the evil coach dashed a family’s dreams of Olympic glory — Susan’s, directly, and their parents’, vicariously.

Thus does our world devolve into full-tilt jockocracy, a place where the ultimate grievance is the one expressed by the Marlon Brando character in On the Waterfront: “I could have been a contender. I could have been somebody.”

For me, the derivative and thoroughly sophomoric nature of Where Is George Gibney? was evident from the first second of the first episode.

In that moment, Horgan and his cohort set off on a purportedly breathless, carefully engineered stakeout of an old man. Actually, Gibney was long known to be playing out the end of his miserable life in a house on Breakwater Drive in Altamonte Springs, Florida. Whether there is an actual punchline for this extended contrivance remains to be heard.

For the latest episode, Ireland’s answers to the Hardy Boys of children’s mystery books tell podcast listeners that they have changed pursuit cars for their undercover op.

Subscribing to the Michael Moore school of documentary making, Horgan must convey everything through his own eyes. Unfortunately, he lacks Moore’s wit and sense of purpose.

One of my Irish-American readers got it right.

Where Is George Gibney?, this reader wrote me early on, is “like an Australian one, The Teacher’s Pet, which turned a sordid but potentially interesting story into an irritating endurance test. My wife has difficulty listening to any Australian accents as a result.” 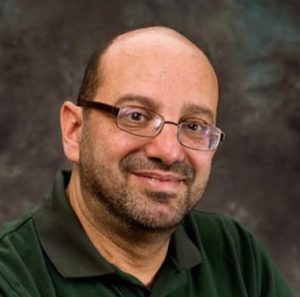 Journalist Irvin Muchnick (above) will Answer A Broadsheet Reader.

Please leave any questions on Gibney, the BBC Sounds/Second Captains podcast or any other matters for Irvin below.