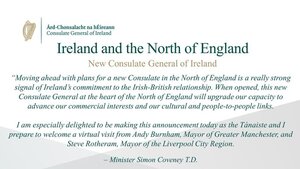 Minister @simoncoveney announces plans for a new Consulate General for the North of England to open next year as part of Ireland’s strong commitment to the British-Irish relationship.

The new Consulate General will cover the North West, the North East & Yorkshire & the Humber. pic.twitter.com/iOqV09UpJ5 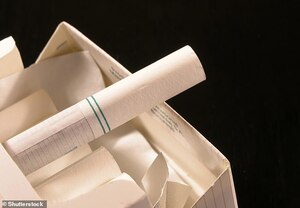 Last Day Of The Consulate