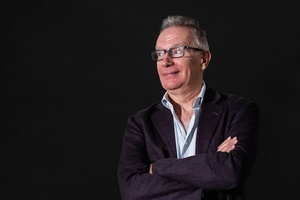 Fintan O’Toole stepped into the Patriarchy/Trans minefield on December 1 triggering a succession of small explosions on Twitter. The piece in question is hidden behind an Irish Times paywall and comments are disallowed, which is not terribly democratic, but perhaps wise under the circumstances.

But wokes will not be denied and the response to Fintan’s musings was taken up on Twitter. By close of business Fintan’s name was trending fiercely as the experts of patriarchal argument poured forth with woke jargon at the ready to participate on the specially created #fintan thread.

Twitter replies came in battalions; essays hidden in long lines of numbered tweets taking Fintan to task for all manner of infractions, many of which went over my head. What is a TERF? I had to resort to Wikipedia.

A TERF is a “trans-exclusionary radical feminist” who hold that trans people are not women, but men, which they are, actually. But they are men who identify as women and Fintan was clearly taking their part, needlessly embroiling himself in an awkward woke squabble and getting absolutely no thanks for his troubles from anyone.

But though Fintan appeared to be writing from a woke position he still managed to raise ire on all sides, and even ire on some sides I didn’t even know existed. If there’s one thing about wokeness, it’s got no shortage of ire. Fintan, it seemed, was raising ire simply by being there.

Some tweeters discerned in Fintan’s article an unconscious white male construct being smuggled into wokeness under the pretext of being pro-woke or pro social justice or pro whatever it was Fintan thought he was being pro.

One commenter accused Fintan of writing an article that only a man would write and that by doing so he was implying that women and trans people can’t write for themselves. That he was in essence attempting to supplant women and trans and their various woke affiliates by doing what he does for a living. That his article was in reality a prime example of over-educated and entitled mansplaining.

The writer of this comment was also a man. It was nice of him to take the time to mansplain Fintan’s political objectives.

The existence of the Patriarchy was accepted on all sides without question, even by Fintan himself, one of our leading cultural critics, who never for a moment considered the possibility that the idea of the Patriarchy might itself also be a theoretical construct.

Another commenter pitied Fintan in making the mistake of writing such an article, regarding the act as a kind of mental aberration in an otherwise apparently healthy mind and healthy political position. Implicit in this comment was a kind of threat that Fintan’s infractions, and there appeared to be many of them, would not be forgotten.

Tweeter after tweeter wrote knowledgably and confidently in similar impenetrable woke jargon that you begin to suspect is not meant to be understood. The idea seems to be that you will surrender to the endless flurries of academic concepts and buzzwords and just agree, if only to make them stop re-phrasing the same general ideas in jargon laden sentences so that you can run away and find an aspirin.

Woke language is eerily similar to Orwell’s Newspeak, and like Orwell’s Newspeakers, the ones who can speak the jargon rapidly, without the aid of full stops, are considered the wisest of the wise by other wokes.

However, Orwell’s Newspeak was designed by authoritarians to stultify original thinking, to replace thought, which can be dangerous, with a mechanical substitute that people will believe is intellectualising, but which is actually just parroting set phrases without thinking.

A couple of days later, one of our multi-award-winning writers, (his wins including a Booker), the precise and exact John Banville, was also being pelted in a woke twitter storm for expressing a negative opinion of wokeness in an interview for the Hay Festival Winter Weekend.

His comment, that he “despised” wokeness, was held up as hate speech, inspiring social justice warriors to go to war in the name of equality to attempt to deny that writer freedom of opinion, and not one of them capable of seeing the irony of this crazy double-standard.

Instead, one commenter remarked that Banville’s motive for despising wokeness was a fear of losing status and that any loss of status he might suffer was justified in recompense for the privileges he had once enjoyed, until, presumably, wokeness came along to save the culture from his like.

This is a common charge, that the perceived privileged deserve to be demoted and denied, raising the suspicion that much woke uproar is driven by simple spite.