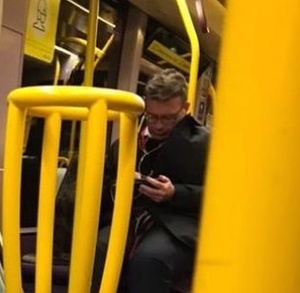 Labour leader Alan Kelly has apologised after the emergence of a picture of him not wearing a face mask while travelling on the Luas.

Independent.ie has obtained a picture of the Tipperary TD travelling on the Luas Green Line on Tuesday night. Mr Kelly is seen in the picture not wearing a face mask or covering.

The Labour leader apologised on Wednesday morning and said he was distracted while watching Manchester United’s Champions League encounter against RB Leipzig.

…The Tipperary TD has been to the forefront of campaigning on various issues around Covid-19 and in recent weeks has been challenging the Government on its plans to roll out a vaccine, including calling for a Vaccine Minister.