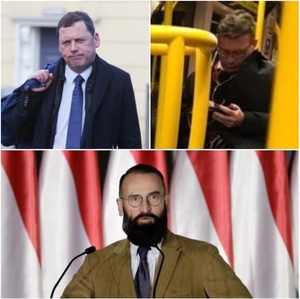 Let’s discuss making mistakes in politics, how it matters and why we should consider approaching mistakes differently.

On the dating site OkCupid there are many thousands of questions they ask to build up your dating profile. Among the answers to one about doing something naughty is the answer, ‘no thanks I might want to run for office one day’. There is a reason most would avoid such a question entirely. This is not just a reflection on dating or politics but on society as a whole.

It is argued that politics is the enterprise of leadership. Inspiring others to particular points of view and working hard for causes that they believe in. We like to believe that the leaders we choose mirror our best qualities, that higher moral standards are taken by them.

Sometimes that happens and we all collectively benefit from the wisdom imparted onto us all by their leadership for generations to come. That matters. Fundamentally, when we elect others to positions of power, we do so because they represent our interests because they say what we want them to say and indeed: do.

These things matter for the world. They matter in terms of what we view as not only acceptable but celebratory to the echelons of power. They are people at the end of the day. People with families, friends and personal lives of their own. Some new politicians complain that as soon as they get elected, they become public property. Called up by the frustrated, angry and desperate constituents at all hours of the day. It’s a hard job no doubt.

What matters is that when their personal lives end up becoming their public lives as well, there are problems. Sex scandals in American politics are the classic ‘go-to’ to illustrate this among the many salacious examples of impropriety that there can be. While in French politics, in particular, no one cares.

As an example in Irish politics, you can be imprisoned for up to six months before you are disqualified from holding office. Other than that, bankruptcy is the only thing that legally removes a politician from their seat or prevents them from getting elected in the first place. Correct me if I’m wrong on that. The standards in many different countries differ but the general aspect of it all is that the public gets to decide what is permissible and what is not.

The questions we ask ourselves sometimes looking at a ballot paper are along the lines of ‘do I care about what personal stuff went on with them when in the end, they served my interests?’ or ‘this one broke the law, should I care?’.

Elections are snapshots in time of the value statements of the body politic. Sometimes candidates who value particular social values get highly regarded over others but then in others, voters act according to their interests. Do they see their local area served in the ways they want? Do they get ‘the job done’? It’s hard when dreams, of course, face up the grim realities of compromise and horse-trading. Not all can be done, though some things can at least.

The issue at the heart of it all does a scandal in the media go on long enough for people to have their belief in the competency of the party collectively or politician individually to do their job, harmed. This matters.

This year amid all of the many scandals about politicians breaking COVID-19 rules and social restrictions in at minor ways or major ways. The right wing Hungarian MEP found in a sex party is a particularly extraordinary example of such mistakes… Political hypocrisy has a power to get us filled righteous anger or schadenfreude demanding retribution.

Some politicians this year clearly took a long time in realising that in fact, they weren’t indispensable or politically free from career-ending opprobrium. That could be argued to not only be a fault of their egos but a deep-seated fear of admitting that they made a mistake. This is because often in politics we are unforgiving as an electorate and as a society about those who say ‘I screwed up, I was wrong’.

Policy failures in particular are arguably more consequential than any personal impropriety like an extra-marital affair. The Irish banking guarantee of 2008 is an example of where politicians had to admit afterwards, that they got it wrong. That they made a mistake in their leadership that had negative consequences. It is a hard thing to reconcile with the cut and thrust of adversarial politics. We all make mistakes and even how we tell ourselves how we came to make those mistakes…

What matters going forward, is how we redefine the appropriate level of political sanction to give a politician in the court of public opinion. Resignations from office are sometimes too much and perhaps not proportionate.

There are many options on an informal table of political punishments to make, deductions from pay, limitations on speaking times in parliament are just some.

The courts and the existing body laws will remain to punish major breaches of the law of course, but the public often wants their ‘pound of flesh’ in the form of a resignation. So again, how could we redefine political punishments in a way that’s proportionate and fair?

What do you think would be appropriate?

How might we bring in a type of ‘book of quantum’ to provide for some level of political consequence for screw-ups? Please leave your comments and suggests below, I’d be confident that the matter will be discussed in the coming year.