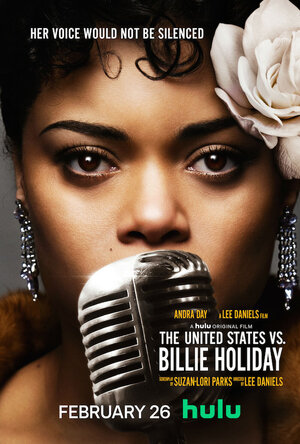 ‘The United States Vs Billie Holliday’

I hope some of your readers might find this new movie (released in February) of interest, it’s about one of the most unique and greatest vocalist ever and the tough life she had.

The first trailer explores the tragic story of singer Billie Holiday, the racial inequalities of 1940s America and her encounters with the Federal Bureau of Narcotics.

The jazz singer, portrayed by Andra Day, (whom I’m tipping for an Oscar) came under fire by the agency after performing the song “Strange Fruit” which condemns the U.S. history of lynching Black people.

The film, directed by Lee Daniels, focuses on Holiday’s dealings with federal agents, who allegedly began to target her due to her alcohol and drug abuse. Their behavior, however, was based more on her political sway with “Strange Fruit” than her actual struggles, according to NPR. An FBI memo even acknowledged that the Federal Bureau of Narcotics hoped to discredit people like her through their use of narcotics…

The United States Vs Billie Holliday

7 thoughts on “A Fruit For The Crows To Pluck”