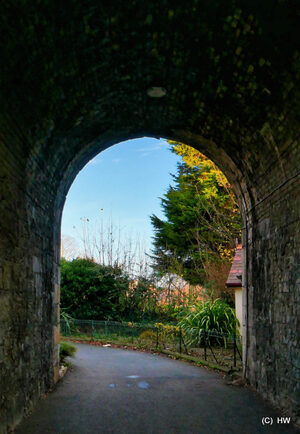 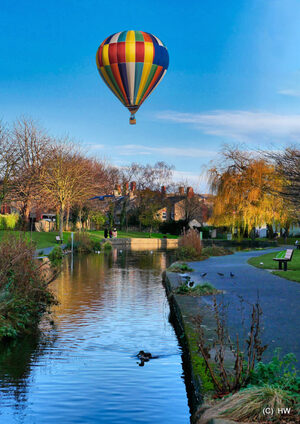 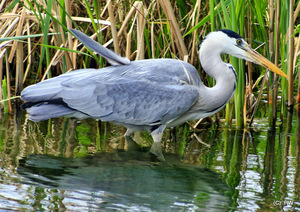 If you are passing through Ranelagh in Dublin, I would heartily recommend a stroll through Ranelagh Gardens Park. It is a delightful small park somewhat hidden in plain sight making it easy to bypass.

The main entrance to the park is via a fine granite archway underneath the Luas line. It also has a few little-known entrances around the side roads of Ranelagh that are mainly familiar to locals. The gardens consist of an ornamental pond surrounded by green space and mature trees with plenty of wildlife, swans, ducks, Leisler bats and fish whose stock was depleted on the day I visited by a hungry heron.

At the Chelmsford Ave end of the park there is a commemorative statue of Richard Crosbie. The park is well worth a visit and it has a very interesting aeronautical history whose story should be told.

Originally the site of the 18th century Willsbrook House, the house and its gardens were bought by the entrepreneur, William Hollister, who created a five-hectare pleasure garden and opened them in 1769 for the enjoyment of Dublin’s gentry, featuring carnivals, balls and such like pleasures.

Hollister named the gardens after Lord Ranelagh from Co Wicklow who owned similar gardens by the Thames in London. He was a canny businessman always on the lookout for new attractions and publicity, hitting gold when he allowed Richard Crosbie to attempt the first balloon ascent in Ireland from his gardens on January 19th, 1785. Crosbie was a pioneering aeronaut and was born at Crosbie Park, Co. Wicklow, in 1755.

Richard Crosbie has an interesting history. When he was a student at Trinity college, he was the leader of the notorious Pinking Dindies, one of the many armed gangs in Dublin at the time along with the Bucks and the Cherokees. Their members were from the upper echelons of society and they terrorised “single men and citizens who neither wore fine clothes nor swords” also extorting money from brothel madams and their customers whilst still finding time to engage in duels and fights with their gang rivals.

The “Pinks” were armed with short swords from which they derived their name, they also carried knives, falchion and shillelaghs. When they weren’t fighting one another, they had vicious battles with members of the city’s Night Watch.

“They were of imposing appearance, being handsome and well made in general; so that, individually, you could not suspect them: it was by their acts only you could convict them, and they commonly pursued their schemes in parties, and by night; and they were so well prepared for battle that the ancient and quiet watchmen, the only protectors of the citizens of Dublin at that period, were worsted in almost every attempt made to subdue them…”

Outside of being a leader of the Pinking Dindies, Crosbie was described as being:

“…beyond all comparison the most ingenious mechanic I ever knew. He had a smattering of all sciences and there was scarcely an art or trade of which he had not some practical knowledge … he was very good tempered, exceedingly strong and as brave as a lion – but as dogged as a mule. Nothing could change a resolution of his when once made and nothing could check or resist his perseverance to carry it into execution’”

Inspired by the first ever hot air balloon ascent by the Montgolfier brothers in France in 1783, Crosbie constructed a balloon his own “Aeronautical Chariot”. Displaying his scientific knowledge, he chose hydrogen gas rather than hot air to create lift in his balloons. His ascent was to take place in Ranelagh.

Prior to his manned flight he tested his balloons. To entertain his audience and to drum up publicity, he used a tethered balloon to send up various animals culminating in a free flight with a cat on board. The balloon floated away and was reported being visible off the coast of Scotland. Carried by the wind it eventually descended into the Irish Sea near the Isle of Man. Fortunately the cat, presumably having lost one of its nine lives, survived its adventure and both the cat and balloon were recovered by a passing ship.

On the 19 January 1785 thirty-year-old Richard Crosbie; wearing an extravagant outfit of a long robe of oiled silk, lined with white fur coupled with a waistcoat and breeches of white quilted satin, red Morocco boots and a Montero cap of leopard skin climbed into the gondola of his balloon in Ranelagh Gardens.

The balloon flamboyantly decorated with the Arms of Ireland and images of Minerva and Mercury soared aloft. A huge audience for its time, over 30,000 spectators witnessed Crosbie’s ascent, the first successful human flight in Ireland. He had set himself the task of flying across the Irish Sea but he got no further than making a safe landing in Clontarf. His flight was a great success and it was a truly remarkable feat coming only 14 months after the first-ever manned balloon flight by the Montgolfier Brothers in November 21, 1783.

Crosbie now an established aeronaut, made several other flights in Ireland and America. In July 1785 he again attempted an Irish Sea crossing but inclement weather forced him to land in the sea just off the Welsh coast. Crosbie became famous in Ireland and abroad for his aeronautical exploits.

A few years later in 1787 the new Rotunda Gardens opened on the North side of Dublin and they began to draw the fashionable set, Hollister losing business decided to sell the gardens. They were soon reopened by another entrepreneur but the gardens gradually became less successful over time.

In 1788, Ranelagh Gardens were sold off to a community of Carmelite nuns who moved into Willsbrook House. It was an enclosed order resulting in Ranelagh Gardens being closed to the public for close on 200 years. After the Carmelites left Ranelagh for pastures new, various portions of the gardens were sold off to developers and what was left of the gardens, now shrunk to 1 hectare were taken over by Dublin City Council who now maintain them today.

So, if you find yourself in the gardens pause for a moment and spare a thought for the remarkable aeronautical pioneer Richard Crosbie who made the first successful human flight in Ireland.