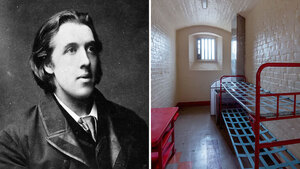 From top: Oscar Wilde; his cell in Reading Gaol as it is today; David Langwallner

I recently pre covid did a crown court case in Reading and, after a bizzare development whereby my client indicted on charges of robbery was simultaneously a witness in a murder case in an adjacent court, the case was adjourned. I thus sauntered out of the sleek new court, reflecting on life being stranger than fiction, and took the very brief walk down the road to a prison closed for the last number of years, Reading Gaol. It is three minutes walk away.

The prison is now a non-accessible if rather imposing oasis. Doors firmly shut but there is a number on the wall to phone security. So I did. A most helpful man, who does not wish to be named or identified, came to the door and asked me what I wanted.

Is it possible, I asked, to view the cell of Oscar Wilde, former prisoner here. He knew where the cell was and also who Wilde was, I explained my Irish background, produced a barrister’s calling card and was fortuitously allowed in, despite the prison closure.

The prison had been open a few years previously for a Wilde celebration of sorts. It is cell C22, rather anonymously named, but still the extant cell redecorated in bright colours, lots of red. Not the spartan colours Wilde must have faced but very pleasant, for it had been converted to a youth offenders’ institution. The thought did occur to me that Wilde of course, had abused the youth in conventional parlance.

The window from the poem “The Ballad of Reading Gaol” that he gazed out of is famously still there and I checked closely, and it seems historically authentic. I scrambled around to see if there was any WIldean graffiti but it has been done over so many times there did not appear to be any. But I did look out of the room with a degree of lift and gazed downwards confronting the Gorgons head, the prison courtyard.

In the poem it is of course clear that he saw the execution yard just below the window, and there it is a bit like looking into your garden.

It really is thus just below his room, or his confinement. Words matter, and he was a master of words beautifully crafted and phrased, the wit of all wits. Perhaps he used a suitably masked phrase to express his predicament.

By happenstance in a charity shop later I found a small treasury book of his witticisms, but I knew many of them already.

It should be stressed that he should never have been there in the first place, save for an error of judgment and perhaps hubris, to which we are all susceptible. His error of judgment was his wit. Words misplaced. As a Greek scholar he would have perhaps reflected on hubris and Icarus and flying too close to the sun.

The context of his confinement, let us use the polite word, at the height of his fame was of course that the Marquis of Queensbury left a calling card at his club to Oscar Wilde ‘posing as a sondomite’. Now of course the brutish inventor of the rules of boxing could not spell but the implication was clear and Wilde sued for libel, always, then and now, very dangerous.

He should not have done so, people should not conceal their failings or lie about them privately.

Wilde was lying and thought wit and theatrics could pull it through, and it nearly did save Edward Carson, a Trinity contemporary of Wilde’s. Mediocre lad, but a brilliant and tenacious cross examiner. Wilde got over confident about his innocent meetings with boys and Carson popped a surprise question. The true genius of the art of cross examination. After Oscar regaled the courtroom with the art of ridicule, dismissing any ulterior purpose to his many associations with boys, Carson asked about Grainger, said “did you kiss him?”. Wilde’s witty response, leading to his premature death,was “oh no he was far too ugly”.

The gate was thus open and other boys, less ugly, by implication were kissed. Reading Gaol Was the ultimate outcome.

It has always been a source of wonder why Carson was so vicious towards Wilde in court, considering they had played together as children in Ireland in Waterford, meeting again as students at Trinity College, Dublin, and in London. As the respective sons of a surgeon and an architect, Wilde and Carson were both born in 1854 to affluent Irish Protestant families in Dublin, and lived just a few streets apart

The Irish can be, of course, a deeply malicious lot. Anything goes and always has. Our downfall, collectively as a nation, is the art of cutting down tall poppies and destroying national heroes. Parnell suffered the same fate.

In any event, by a verbal mistake, Carson crucified him and, after several trials later culminating in a criminal prosecution, Mr. Wilde was off to do some hard labour in Reading gaol.

One should never be overconfident and should always see the pothole coming. Wilde did not. The intoxication of success blurred his judgement.Being cross examined, and cross examining, is a fine art and I have been at both the giving and receiving end so should know.

Wilde was also out of his depth, or should that be his milieu, and he did not understand the context. A courtroom is not a source of public entertainment, particularly if you are a witness. It is not a stage for a performance. Short precise honest responses are desirably required.

I have also visited Wilde’s gaudy grave in Père Lachaise, sponsored by his acolytes. It is, in that kitschy Art Deco way, over-inflated and slightly pop star-like, belying the grubby reality of what happened and what led to his early death.

Post release, or in the modern vernacular, post conviction he was a shattered man. A phrase such as a dandy in aspic does not quite cover it. His health was broken. The lubrications and dissipation of a certain lifestyle led him utterly unequipped to deal with the rigours of a Victorian prison. Dead in Paris a few years later. T

It is a grave risk always, as aforementioned, to submit to cross examination and Wilde should not have sued, unless capable of proving his innocence. He was too remote, in his gilded cage of artistic approbation in London, to get what he was confronting, namely the puritanical zealot that was Carson and the law courts, of which he was unfamiliar, and which he treated as a stage.

Carson did not, to be fair, it was said, pursue him any further after the initial damage had been done. The poor man has suffered far too much he said, refusing the criminal brief.

A smidgen of basic northern Irish decency if nothing else, a southern Irish person might well have accepted it for a few shillings? Well clearly not?

Now I would not have been there in Reading had my trial not been aborted, or if the friendly security guard had not let me in or, for that matter, if I was not practising law in London and had not got the brief to go to Reading. Causas causans.

So much of our success or opportunity in life thus is happenstance and accident.

So, Wilde should not have sued and, all brilliance aside, and despite his death bed witticisms of dying beyond his means and the wallpaper or he needed to go, he died in a grubby hotel in Paris.

Reading Gaol seems to me modeled on Bentham’s panopticon based on the surveillance techniques he outlined. Constant watch where, by constant surveillance, the dignity of the prisoner is undermined. Wilde, expansive and gregarious, must have felt completely stifled.

I do not like cages, and God knows how Oscar was so confined. When he expresses in the ballad the fears, apprehensions and indeed dread of the man facing the gallows it is more noble than you might think. For when he gave evidence he signed his own death warrant, and must have been conscious of the dying of the light in prison.

He of course lobbied for prison reform as a result of his experiences in Pentonville Prison and Reading. My experiences in London so far suggest nothing other than people getting irretrievably psychologically and physically damaged by prison.

Certainly, the prison of constant surveillance and the harsh work culture are disgraceful as are the recidivist drug and abuse infested infernos we create today though they perhaps should incarcerate many of our right wing politicians and lawyers at least as therapy.

Not all artists, it should be said, lack wisdom and judgment. Beckett, a life well led and long, is in a different cemetery in Paris, distinguished to the end. Growing older gracefully. A less gaudy grave but a lot of tributes in Montparnasse.

I suppose what Wilde lacked Beckett had. Judgment. And judgment of people and context is so important.

Honesty also. Lies catch up on people over time and if you do lie do not turn it into a circus, Carson in his way, mediocre or not, saw this.

And now one more twist in the tale.

Long after Carson’s death in 1935, the son of one of his friends confided in a 1950 recently discovered letter:

“I was never able to get Carson to admit that Wilde possessed any ability at all. ‘Ah,’ he used to say angrily, ‘he was a charlatan.’’

“His distaste for Oscar betraying his own social class – consorting with people from the lower classes, as he’d have seen it – was almost as strong as his feelings of disgust about what Oscar had done.”

So Carson was not being honest about his motivations for taking the case. He wanted to do Wilde for his moral disapproval.

Though I love Oscar Wilde and think the Importance of being Earnest a greater play than Godot, because of its sparkling wit, it should be noted that Beckett wrote Godot at 50 with greater works like Endgame, The Trilogy and his wonderful evocation of childhood in Leopardstown in Company at 80. He preserved his dignity to the last.

In the interests of any degree of politicisation, which this contribution does not have, The Ballad of Reading Gaol is one of the greatest arguments against the death penalty, homosexual convictions and persecutions.

Given That the death penalty is still in Africa and other places still awarded for homosexuality the treatment of Oscar and his denouement is thus of piquant contemporary relevance,

But overconfidence in cross examination can be very dangerous. Wilde must have been conscious of this in his dying room in Paris witty to the last as aforementioned with two famous alleged deathbed lines.

“One of us must go: the wallpaper or me.”

“I am dying beyond my means” (as he guzzled champagne).

Beckett opens Company with the lines to one on his back in the dark. Imagine.

One wonders what Oscar imagined. 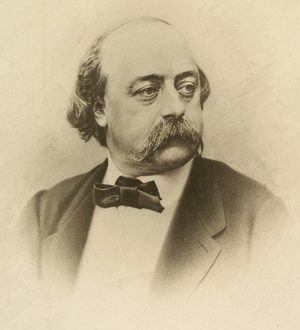 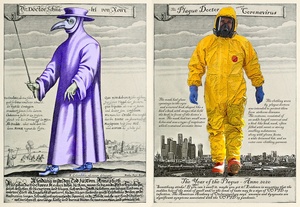 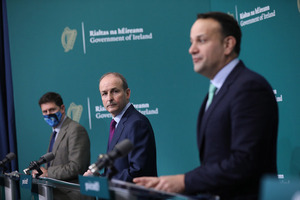 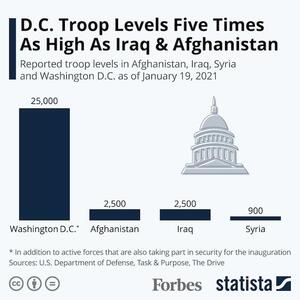 34 thoughts on “David Langwallner: How To Kill The Thing You Love”