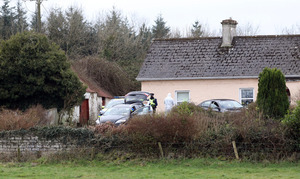 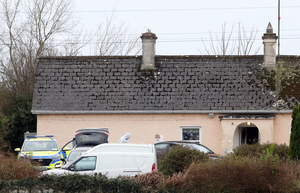 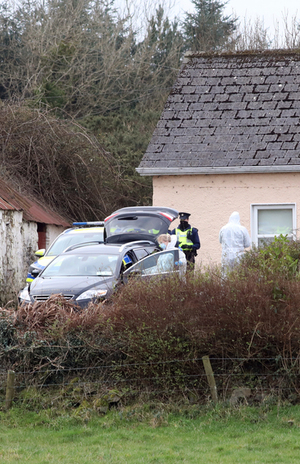 Officers from the Garda Technical Bureau examining the scene after the bodies of a man and woman, both believed to be in their 40s, were found at a house in Cloverhill, close to Belturbet. Gardaí were called to the scene around 8pm yesterday evening. It is understood the couple, who are originally from Lithuania, had been living in the area for a number of years. 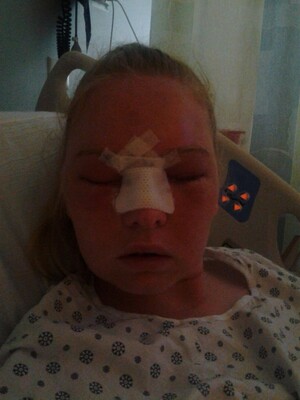