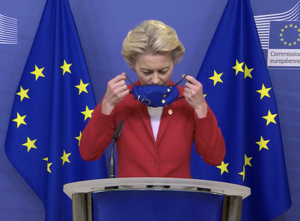 Further to the European Commission’s decision to trigger Article 16 of the Northern Ireland Protocol without consulting Dublin….

[EC President Ursula von der Leyen said] “The bottom line is that mistakes were made in the process leading up to the decision and I deeply regret that. But in the end we got it right.

“I can reassure you that my commission will do its utmost to protect the peace of Northern Ireland, just as it has done throughout the entire Brexit process.”

…she strongly defended the EU’s decision to negotiate vaccine doses as one bloc, instead of individual member states going it alone.

“I cannot even imagine what would have happened if just a handful of big players, big member states had rushed to it and everyone else had been left empty-handed,” she told MEPs….

Previously: I Von Der Who It Was 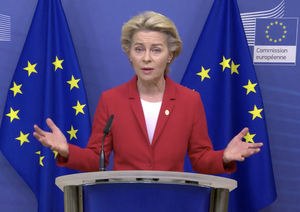 I Von Der Who It Was 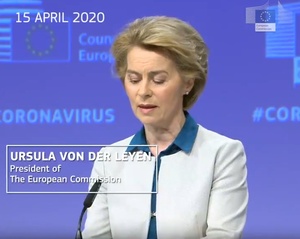 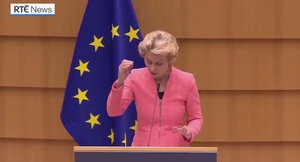