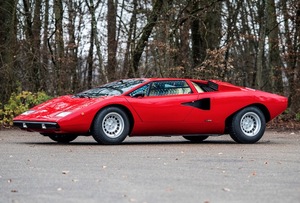 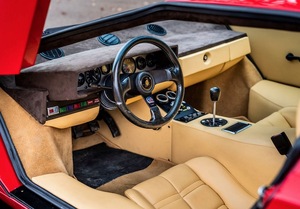 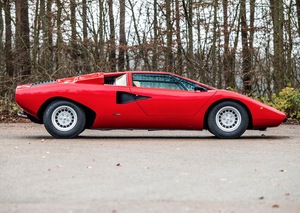 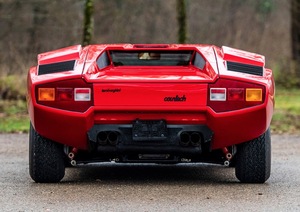 Behold: the 1977 Lamborghini Countach LP400 Periscopio – exported to Australia and purchased new by Rod Stewart who was touring at the time.

One of three Countachs owned by the singer, this one – in classic rosso with a tobacco leather interior – was modified extensively over the years, spending most of its life in the studio where Stewart wrote ‘Blondes Have More Fun’ before being sold on in 2002. In 2013, a third owner had it restored to its original condition.

Or you could have something similar in blue.