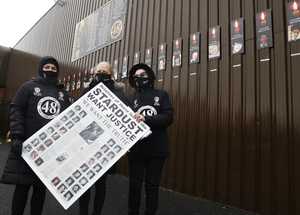 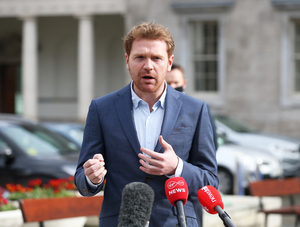 From top: The Stardust commemoration last Saturday: Gary Gannon on the plinth at Leinster House yesterday

Further to a row over legal aid that may delay the start of the The Stardust fire inquests, due to begin in May….

….Darragh Mackin, solicitor for the families, said he had been unable to instruct barristers as the Department of Justice has not released any funding despite his application for their legal aid being approved.

“The delay in the commencement of the Stardust Inquest – due to the Department of Justice’s refusal to release funds – is absolutely unacceptable. Releasing funding to allow the legal team of the families to carry out research and preparation is essential.

“The Stardust Inquest will be one of the largest ever to be conducted in the State. It is vital that resources are provided in advance so that the families’ legal team can carry out research and preparations. There needs to be special arrangements for large-scale inquests like this. We should be following the good practice established at the Hillsborough Inquest.

“I am calling on the Minister for Justice to immediately meet with the legal representative of the families to resolve the issue of funding so that the inquest can begin without more delays.”