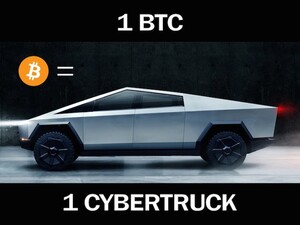 There needs to be a long term solution for pensions and digital currencies, argues Heber Rowan (above)

This post will concentrate on the Irish circumstances of pensions and current regulation. As discussed recently in the Irish Times, there is the proverbial ‘pension cliff’ facing society as the demographic ‘bomb’ of an ageing population faces up to the massive costs involved in maintaining the status quo.

In any conversation about pensions, we need to think of them in the modern context, reflecting on the time in which they were created by Bismarck. Back then in 1881 for every retired person (65 years of age bar some public servants at 40) there were fewer people actually living to retirement age. Not anymore.

So when we consider where a lot of money goes in our society, most of it is towards houses, property etc. “As safe as houses” goes the phrase, it is a bad thing for the macroeconomy though an understandable one. Yet homes shouldn’t be investments, they should just be homes.

When you get down to it, the possibility of renting after retirement is not feasible and the emotional security that a home offers is the critical thing. So all of your available money gets invested into it via a mortgage. As you get an imputed value from it, ie. the equivalent value from living in it that you get from not renting, you effectively are able to draw down on it as a pension fund. So that matters, not even getting into the other living costs and how it might be estimated at being when you reach a certain age. Moreover, when you look at the relative stability in house prices in the year that was…2020, it is clear that it is a store of value. An investment asset.

With so many tax benefits going towards personal retirement savings accounts, wouldn’t it be great if there was a way to make a state pension fund which operated differently? What if instead of people placing investment funds into funds that have low overall returns, they were given the option to use a broader range of financial instruments. Like a cryptocurrency.

Now, I know what you are thinking. Scams, volatile and overall… a bad idea. Though when we consider the colossal financial burdens the state will have from meeting existing pension obligations, somethings got to change.

As a state, we need to encourage people to start their pensions early and in turn, gather taxes to pay for people’s pensions. Superannuations or pensions schemes from our employers too could even change in the future as the world’s financial system changes. And it will change, that’s the only thing we can be certain of, just not how it does.

Now, with Bitcoin reaching over $50,000 things are getting serious. Yes, as an asset class, the fundamental risk involved is anathema to any traditional pension fund management strategy, though with the changing nature of money in the future, we have to be open to other opportunities.

So what if a digital currency was allowed to be used as a pension fund for the longer term? Of course, pension funds are in the interests of decades, a lifetime of savings for the end of your life and cryptocurrencies are a short term merry go round. A fast buck. Though it could be different. The conversation could be different.

Pensions, cash and oh so much in fifty years time may be all very different. Technology has moved at an extraordinary pace and we have can’t simply imagine the range of changes. Though if we set the ideas out now, we can at least plan for some of them.

As it stands, in Germany, Slovenia and Portugal longer-term savings in cryptocurrencies are not taxed. They are considered ‘private money’ in some jurisdictions. While in Ireland they are charged at the standard CGT or capital gains tax of 33%. Now that makes sense in many regards, as ultimately it’s a tax on people making money from money.

Though given the high level of tax relief that is already granted to pension savings, perhaps it is time we considered different options. Solutions to look at our digital future and the nature of how we care for the elderly.

We have to start thinking differently about these issues that simply won’t go away no matter how badly we want them to. Wishful thinking is bad in public policy. So lets experiment. While you might argue that policymakers don’t always get it right, that bad policy can have life or death consequences. Yet, if we keep doing the same thing again and again, it’s madness. Pensions have to change or the pension age will have to jump. That’s reality. One or the other.

The Irish central bank or the European central bank could create a currency of its own for the purposes of future pension funds to be used as a tradable asset among member states or just among Irish domiciled individuals.

To stop people just using it for quick cash, a minimum of ten years could be set up much in the same way Irish prize bonds do at the moment. Like prize bonds, the funds could be used to fund the running of the country and the proceeds could be drawn down tax-free if the right controls are met.

At the moment, in some ways, it is already happening. The OSCE found that there was about $18.75 trillion held in US pension funds in 2019 and now some of that money is likely already in digital currencies via the hedge funds which manage them. There is a reason the market cap of Bitcoin is comparable to traditional gold now. That money is going somewhere and many think it’s “the moon”.

Other funds like Nexo have arisen to provide dividends for investments in digital currencies too and for some undoubtedly, it is their private pension instrument. Part of the issue, however, is liability protection. Many fear online exchanges could become hacked or bankrupt like the infamous MTGOX exchange or BTC-E are unlikely to trust online exchanges as a result.

If you invest money in an EU bank at present, €100,000 is covered under the deposit guarantee scheme or a max of €20,000 in a brokerage trading firm for example. Though it is being seriously considered by those working in the industry and if reports are correct with hedge funds pushing into digital currencies: it is only a matter of time.

Having said all of that, this is just an idea. There is a lot that could be great with it or wrong from the law of unintended consequences. We must imagine solutions to these issues broadly and holistically. Where would our money go in the future, where would we like to use it? Housing loans to grow on? Anti-poverty schemes and solutions? A fund for reunifying the island of Ireland? There is a lot we can do when we all get together and chip in.

As continued quantitative easing or printing money, continues in earnest by the European Central Bank, especially after the COVID-19 crisis, the value of fiat currencies dilutes. Value is what we determine it is. Relative. The same goes for any asset, stock or currency for that matter. Though your future peaceful years of dotage, your pension — ‘is priceless’. “For everything else” as the ad goes… there are other… options.

So let’s do something different with our pension systems and think of alternative ways forward because the state pension as it is, might not last forever.