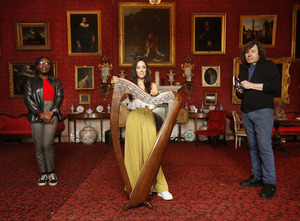 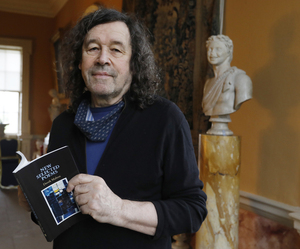 The launch of TradFest [March 18-21] with, top from left: Felispeaks, harpist Brídín and actor Stephen Rea, who will be part of a tribute to the late poet Derek Mahon streamed from March 18 .

Tradfest will also stream a celebration of the songs of Ronnie Drew & The Dubliners performed by his son Phelim Drew and The Drew House Band, and a trad session with Frankie Gavin, Edel Fox, Catherine McHugh & Sibéal Ní Chasaide.