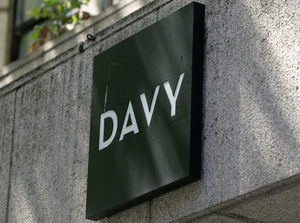 The Central Bank has fined stockbroker Davy €4.13m, the biggest fine of its kind in Ireland. for breaching market rules…

What the Central Bank calls a “consortium” of 16 Davy employees, including a group of senior executives, bought bonds from a client at an agreed price.

But the client was not made aware that the consortium was made up of Davy employees.

This, the Central Bank says, created a “conflict of interest”.

The Central Bank said that in permitting the transaction to go ahead, Davy had acted “in a reckless manner”.

32 thoughts on “Are You All Called Davy Then?”