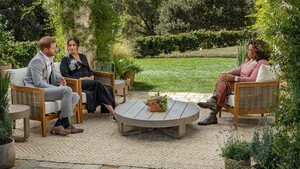 The most ‘shocking’ moments in last night’s interview between Prince Harry and Meghan Markle and Oprah Winfrey.

“Some people will say ‘well you would say that’, but this interview has only served to highlight what a lot of people have known for years: the monarchy is rotten to the core and does not reflect British values.

“Most people in the UK don’t give a second thought to the royals, they’re just not that interested. The monarchy is tolerated because of a carefully managed but dishonest image that’s been created over the past few decades.

“Now people are getting a much clearer picture of what the monarchy is really like. And it doesn’t look good.”

This is a stain on the royals that will endure. No amount of palace spin will erase. #OprahMeghanHarry pic.twitter.com/l9jtAK4llk

39 thoughts on “That Seemed To Go Well”