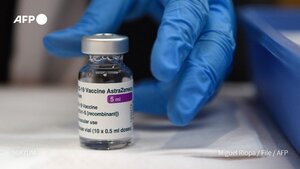 #UPDATE European Medicines Agency (#EMA) head of vaccines Marco Cavaleri said in an interview published on Tuesday that there is a link between the #AstraZeneca coronavirus vaccine and blood clots, but the cause of “this reaction” is still not clear https://t.co/elafTtQKbR pic.twitter.com/VvulBoLSS8

“In my opinion, we can say it now, it is clear there is a link with the vaccine. But we still do not know what causes this reaction,”

“We are trying to get a precise picture of what is happening, to define in detail this syndrome due to the vaccine.”

“Among the vaccinated, there are more cases of cerebral thrombosis… among young people than we would expect.”