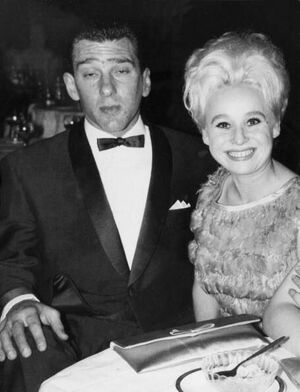 I had not been to the Thames Magistrates Court or Bow Street Magistrates Court in almost 30 years until two years ago and here I am now again in Covid times on an Easter Saturday. Well one has to eat in perilous times.

Magistrate work has become desirable since Crown Court work is at half-mast. Most courts cannot observe social distancing, particularly for jurors, and only a few are spacious enough to deal with the dangers of infection real or perceived.

More obviously, less pressing trials are being parked until Autumn of next year in many cases and there are endless adjournments. Trials may in fact never go ahead.

Certainly, much of the profession and indeed employability, is about to be obliterated. It is difficult to see how many sustainable lives can be built out of the chaos of economic, environmental, and social potential liquidation. Which is why with the light dying I am working round the clock.

And thus, I joined several of the slightly more prominent criminal barristers of London slumming it this Saturday in St Mary Le Bow, an epicenter of crime and intrigue and famous real or ersatz criminality.

In a previous article for Village on the legal profession, somewhat inelegantly entitled Law is Boring, Trials Are Fun, I recalled a former client who happened to be the most dangerous remaining remnant of the Kray gang.

My East-End client was perfectly polite until after the acquittal. He then asked to meet for a ‘sing-song’ in a seedy alehouse:  “I did not want to say it to you, but you are Irish, and if you had messed up, I would not have taken it kindly. Know what I mean son?” The threat was noticeably clear. I did not go for the pints.

What I did not say was that the pub was The Bow Bells, a few yards down from Thames Magistrates Court and the same distance further to St Mary Le Bow, the famous cockney church of Bow Bells. To be a cockney you must be born within the sound of the bells, though the catchment area is quite wide. The sound of bow bells apparently led the future Lord Mayor Mr. Whittington not to leave London

The Bow Bells pub is a fine establishment of long vintage with a history of a ghost who mysteriously appeared from a toilet, and is probably the flagship pub of East London and often visited by the denizens of the underworld. It is not quite the ‘seedy ale house’ of my Village piece, that was poetic license by the Editor, but it was one of the watering holes of my client’s employers, The Kray twins.

On Bow Road is an inauspicious Enterprise Car Rental which none would really care about save that it was formerly a different establishment called The Double R, the nightclub centre of the  Kray gang, who co-mingled with the rich and famous. Designer gangster thrills are of course so dangerous then and now. Radical chic with the glitz of London and Barbara Windsor in attendance.

The clerk in Bow Street today was unclear about where I could find the ‘Kray’s pub’ and that is perhaps right. Some deserve to be forgotten.

Both that club and the Bow pub are now closed due to Covid regulations as indeed is the interior of the famous church. open in a limited way of Sunday observance at Easter. You can walk up the famous primrose path and see the graves. You can even see the door but that is all until tomorrow then you can go in.

‘Celebrate The Easter Resurrection on Sunday’

The church is one of the the great churches of London. It was redesigned after the great fire of 1666 by Sir Christopher Wren and, though blitzed in WW2, much of that design is still there.

That area of London is an era of reminder of economic destitution, of crime but also of the essence of being a Londoner. Of British decency and reasonableness.

It is also a reminder that, in a parallel universe, the corporate criminals, the vulture funds transnational interests and bankers now mirror gangster capitalism. And the ‘gang’ includes our new crypto fascist leaders from Orban to Varadker with their handmaidens in a bought judiciary and a pliant media.

I will leave of course Freddie the Fingers, for it was he, out of the conversation. As a deeply psychotic gangster he is not all comparable to such as Kissinger or Sutherland in terms of human evil.

He at least wanted to buy me a pint.

David Langwallner: Weiss Before The Event

11 thoughts on “David Langwallner: Easter In The East End”