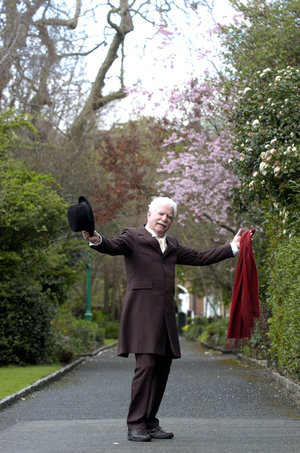 “Born in to what was at that time a place of appalling poverty and squalor, Dunne quickly learned to live on his wits. He began working on a milk round at the age of 5, devotedly offering up his meagre earnings to his mother for the housekeeping jar.

“Later he would also get a paper round as well as a job as a delivery boy for a local butcher. He did not own a pair of shoes until he was 12 and freely admitted that if he had not learned to steal, he would have starved to death at a young age.

“Yet in spite of these tough circumstances, Dunne always remembered his upbringing fondly, as a time when people looked out for one another. His particular joy was the cinema where Roy Rogers soon became his personal hero. His father worked for the ESB at Poolbeg Station while his beloved mother, Katy, did her best to keep the family fed and clothed.”

Peter Dunne on his father Lee Dunne, author and playwright, who has died after a long battle with Alzheimer’s Disease aged 86.

3 thoughts on “Goodbye To All That”