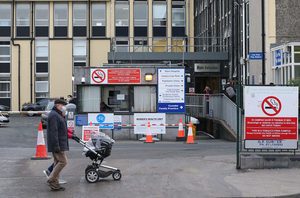 Deirdre Murphy is a professor of obstetrics at Trinity College Dublin and a consultant at the Coombe Women and Infants University Hospital.

Earlier this month, she called for the resignation of the hospital’s Master, Professor Michael O’Connell, after it was disclosed he was among staff members who had used leftover doses of the covid jab to vaccinate relatives.

The chair of the Coombe board, Mary Donovan, wrote to Prof Murphy on April 14th, telling her that the circulation of her concerns to a significant number of people was “entirely inappropriate”.

She accused her of causing the hospital reputational damage and that “as an employee” there were “avenues available” for her to raise concerns internally and that “these must be followed”.

Prof Murphy replied on April 20th telling Ms Donovan that the reputational damage had been caused by those who chose to vaccinate their family members on the night in question.

“It would be helpful if the board focused on the source of the problem rather than on an individual who is attempting to salvage some integrity from this sorry episode.”

Previously: Coombe And Get It