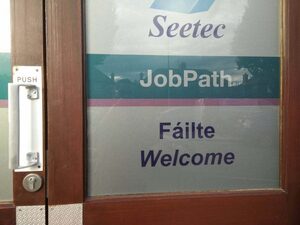 I don’t always read the comments below my articles. Like a school inspector I turn up occasionally, unannounced. I’m often shocked by the insulting remarks some of the anonymous trolls post. Occasionally, I’m almost equally shocked by complimentary remarks. It can be a mood-altering experience. In general, your wiser to minimise contact with the output of online trolls, because many of them have nothing good to say about anything.

Trolling is a kind of digital bear-baiting and has become a wildly popular blood-sport these days, played by teams of players with no identities against tall poppy contributors to various digital news sites.

I mention this now only because I scanned the comments of a recent article and found that one of the trolls who attached themselves to my articles and made it their business to pooh-pooh everything I ever said, apparently in an effort to quell the generally leftist views expressed in my articles, showed his hand a bit on the article concerning Leo Varadkar’s “end of the queue” ultimatum to people feeling iffy about taking the Astra-Zeneca vaccine.

The comment by this troll had the effect not only of stopping in its tracks the emerging discussion below that article, but also had the effect of misrepresenting both the article in question and my earlier articles on JobPath.

Everyone’s entitled to their opinion, but it was the resurrection of JobPath that I found odd, because I haven’t written about JobPath in well over a year or more. I doubt I’ve even mentioned it in that time. Clearly this anonymous person had some kind of JobPath agenda.

I began writing for Broadsheet as result of the bullying and intimidation I saw taking place in the JobPath “service”, as they like to call it, after the welfare services normally delivered by public service bodies were privatised to two British companies, each with bad reputations at home, each with corporate backgrounds in private prison services.

The irony that this was taking place in the centenary year ’16 was embarrassingly striking. I was amazed that the mainstream media barely noticed this glaring historical/cultural anomaly.

“Lads, I’ve a great idea for the centenary of the rebellion. Let’s hire two private British companies specialising in prison services and set them loose on welfare recipients.”

There was a good response to those articles, because a lot of people, particularly arts practitioners, were having similar negative experiences with JobPath. Explaining your artistic tendencies to your family and yourself is difficult enough. Explaining them to a corporate body with a bounty on your head is very 1984. The service was later discredited and shown to be ineffective in its aims, succeeding only in turning a profit for the private companies contracted by the DEASP.

The pandemic pretty much obliterated the whole thing as an issue, but it is likely that payments are continuing to be made by the DEASP to the private companies as per their private contractual agreement.

On closer examination this particular troll who had brought up JobPath was different than just your common or garden troll, derived as many of them tend to be from the pre-digital Irish-begrudger model, now armed with laptops and “handles” instead of names.

This troll had a particular political bias. I looked up his comments beneath other Broadsheet articles, by myself and by other writers. He doesn’t appear to socialise the way many of the anonymous Broadsheet commenters do. He only turns up when people are expressing leftist or progressive views, which seem to rile him the way daylight riles vampires.

Basically, he’s a quintessential sniper with a right-wing bias posing as a troll to avail of trollish anonymity in the hope, I guess, of somehow controlling narratives that muss up his ideology.

But on whose behalf is he anonymously trolling leftist views? Is he a shill for one of the government parties, pushing a privatisation of public services agenda? Does he work for one of the JobPath private companies?

It’s clear that JobPath will be up and running again as soon as the pandemic is under control, and I guess the way is being paved for that as great economic minds draw up their plans for a whole new try at austerity. Clearly, for some, they didn’t do it properly the last time. There were far too many survivors.

Given the current youth unemployment rate, few could argue with even the most kack-handed job creation attempts. But really, is JobPath the answer?

JobPath didn’t just fail, it failed spectacularly, with a 3-7% success rate, depending on who you believe. In any other business a 93-97% failure rate would raise more eyebrows than a conference of sceptics. But with JobPath that kind of failure is apparently just fine with the men in suits. Give the JobPath companies more money and the benefit of the doubt, they say. Let them fail better while they find their feet.

Willie O’Dea of Fianna Fáil once described JobPath as “sinister”. Naturally he was hedging his political bets a bit on the terrible off-chance that Fianna Fail might do the unthinkable and go into government with Fine Gael. At the same time, others were describing the “service” as a system of coercion and private profiteering, with profits generated through the commodification of society’s most vulnerable people.

Anonymous political shills posing as everyday trolls, actively mispresenting the views of critics of JobPath, simply reinforce the idea that JobPath may indeed be a sinister operation.

Ah Yeah But No