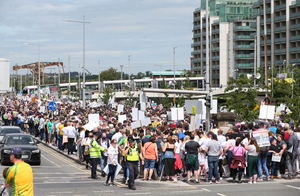 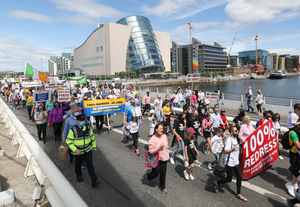 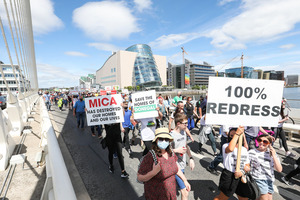 Mica protestors crossing the Samuel Beckett Bridge in Dublin, as they march from the Convention Centre (in background) to Leinster House. 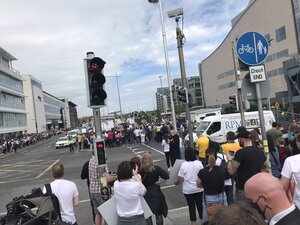 Mica affected home owners say the government need to act quicker to address 100% redress for crumbling homes in response to a working group that will take a ‘fresh look’ at the issue #mica @NeedforSpeed pic.twitter.com/soVhP0h1Si

Outside the Convention centre where the Dail is sitting.

Thousands of people from Donegal and Mayo have gathered  in support of a 100% redress scheme for homes and other buildings affected by blocks defective due to the mineral mica.

The protesters are currently marching to Leinster House. 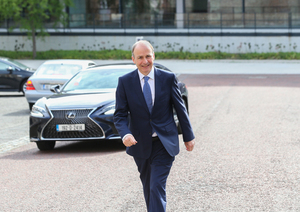 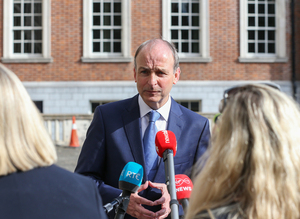 Taoiseach Micheal Martin speaking to media after arriving outside Dublin Castle before a meeting of the Cabinet. He signalled he supports the demonstrators demands for 100% redress for damage to their homes.

Same As The Old Boss

15 thoughts on “Build Back Better [Updated]”