Frank Herbert wrote a novel about a gendercidal plague in Ireland which led to global apocalypse and a neopagan Provisional IRA militia called the Finn Sadal taking over the country. I’ve written my analysis of it herehttps://t.co/WSMF57usD5 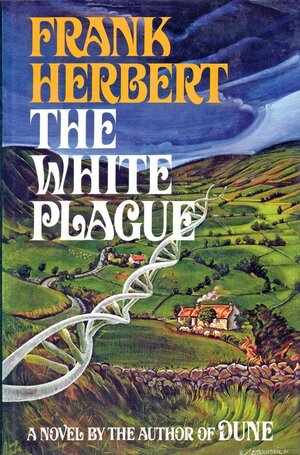 The White Plague by Frank Herbert (1982)

‘…It is inevitable that some commentators will draw comparisons to the COVID-19 situation, though the plague in Frank Herbert’s work annihilates and decimates without mercy. Whilst the real world “pandemic” is far more about social, behavioural, algorithmic and psychological conditioning than it is about the “containment” of a virus, it is testament to how a cynical misuse of technology and the inability of humanity to hold it to account can lead to irreversibly disastrous consequences and “resets”.

This can certainly be regarded as having wavelengths with the eagerness of many talking heads in the “scientific community” to instill what Aldous Huxley described as the “pharmalogical method of making people love their servitude”.

Given the presence of Ireland today as a proverbial Airstrip One for tax avoidant pharmaceutical companies worldwide, and the cultural deification we see given to “vaccine tsars” such as Anthony Fauci, Luke O’Neill and Bill Gates such a parallel is hardly surprising…’

The White Plague; Frank Herbert’s Novel About A Pandemic In Ireland (Excuse The Blood)

The White Plague by Frank Herbert (1982)