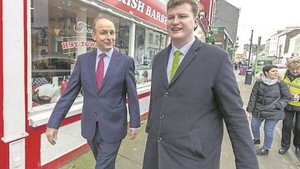 According to the many detailed leaks from last week’s Fianna Fáil parliamentary party meeting (an issue itself worthy of an article) the suggestion that young people perceive the party as toxic and inimical to their needs, angered and upset several TD’s and junior ministers.

And not in a good way. Rather than being angered that young people feel this way – and sadly they do, as almost every poll published over the past 18 months has shown – some ministers were outraged that colleagues would dare point this out.

Even the recent Irish Times Ipsos/Mori, which optimistically showed Fianna Fáil’s support increasing nationally by 6pts to 20%, still found that the party is only on 8% among Dublin voters aged under 35. This puts it in a very weakened 5th place in Dublin, well behind Sinn Féin, Fine Gael, The Greens and Independents.

Opinion polls published over the past 18 months have consistently shown that Martin’s party has a major problem with voters under 25. So, why do An Taoiseach’s supporters interpret saying this, at a private meeting of the parties elected representatives, as wrong?

Perhaps it was due to the rawness of many in government over what had transpired in the days before? It had not been a good week for the government.

While most people will understand the government’s desire to halt the spread of the Delta variant, even those closest to where the decisions are made would concede that the lack of preparedness and absence of any contingency planning was an unholy mess.

This was not joined up government. To its credit the government has managed to claw back some semblance of authority by announcing that young people (aged 18 – 34) can register at pharmacies for the Janssen single dose vaccines and by following the Danish example and purchasing 1 million excess Pfizer vaccines from Romania.

But, even so, the net overall impression is still that of a government caught unaware by the bluntness of last Tuesday’s Nphet assessment and one that did not consider how acutely its decisions would affect young people.

If this slowness to reopen opportunities for socializing was the only area where young people felt aggrieved with government action/inaction, then the government parties, particularly Fianna Fáil would have cause to feel they could recover that lost trust… but it is not.

“…in terms of what it stands for to younger voters in Irish society, Fianna Fáil, is not in any shape or form at a standard of where it needs to be… We’ve never seen such high costs of living. The cost of rental and the price of new homes are absolutely extraordinary. Access to third-level education for young voters is becoming increasingly difficult because of the cost of living…. I am quite concerned about the pace of delivery on housing and the political consequences of that pace of delivery.”

Deputy O’Connor’s comments are neither extreme nor excessive. They precisely echo the opinions of many young people I know, though they would go much further than Deputy O’Connor. They talk of the sense of feeling vilified and blamed for the months of continued lockdown.

Having waited patiently to take their turn to be vaccinated and try to return to some form of normal social life, they then heard the Taoiseach tell them that they will not get to use or enjoy any indoor facilities for several more months because the government has not been ready to vaccinate them… but that they can still work indoors and serve others while unvaccinated.

Though I‘m no fan of Micheál Martin’s, not even I think he intended to say that . But what one side means to say, and the other side hears and understands, are often two different things.

It appears that neither An Taoiseach nor any of his large coterie gave sufficient thought to how young people, who already feel alienated by many government policies, might perceive what he was saying.

So, at the very moment when Fianna Fáil needs to tell itself some exceedingly difficult and unpalatable truths, there is no appetite to hear them. Not only must be message go unheard, but the messenger must also be talked down.

Those ministers, Senators and Deputies who baulked at Deputy James O’Connor’s comments may have sincerely thought – or may even have been told – they were doing their leader a favour in silencing any criticism or dissent.

They weren’t. The leaking of invocations of loyalty to both leader and party, coupled with the criticisms of Deputy O’Connor, merely confirmed the impression that Martin’s Fianna Fáil is no place for young people.

There was a time when Fianna Fáil recognised that attracting young voters and devising policies to attract young and first-time voters was the key to electoral success. Get young people into the practice of voting Fianna Fáil early, it mercenarily reasoned, and they will tend to stick with it as they go through life.

That time could broadly be described as the period from its foundation right up to 2009. Though it is arguable that it reached its zenith in the late 1970s and again in the late 1990s, and its nadir in the late 40s, 50s and early 70s. In other words, at the times when the party was weary, and its leadership jaded from being around too long.

Past generations of Fianna Fáil leaders understood the curious almost symbiotic relationship between the interests of people aged under 25 and those aged over 65. One that echoes the bond or connection between grandparent and grandchild.

Each has an interest in the welfare of the other, as both see themselves as being on the opposite end of life’s scale with mutual altruistic interests.

It will be interesting to see in Thursday’s Dublin Bay South by-election just how motivated younger voters are to turn out. No one is expecting a high turnout. The constituency had the second lowest turnout in February 2020, so even a moderate youth turnout could see a big vote swing.

If the increased almost frantic activity of the Fine Gael campaign over the past few days is anything to go by, then the current Fine Gael leadership is deeply worried and sees defeat as a distinct possibility, if not a probability.

They are right to be worried. While I wouldn’t bet on whether it will be Labour’s Ivana Bacik or Sinn Féin’s Lynn Boylan who steals the win from Fine Gael, I would be shocked if one of them does not win.

Bacik seems to be getting the support of many of Kate O’Connell’s former voters. At the last general election about 1150 Labour votes transferred to Kate O’Connell, this time around they look like going straight to Bacik as Number 1’s, completely bypassing James Geoghegan. Meanwhile, Lynn Boylan should still benefit from Sinn Féin’s rising national support – even if the recent Irish Times Dublin Bay South poll says otherwise.

The poll itself could play an interesting part in the by-election dynamic as the Irish Times is as much a local paper to the people of Sandymount and Ranelagh as the Drogheda Independent is to the good citizens of Yellowbatter.

Not only did the Times poll show Fine Gael struggling to hold the seat, it also dulled, if not entirely blunted, an important weapon in the Blueshirts’ political armory – the Sinn Féin threat. Fine Gael needed Boylan in second place to push the myth that this was just as a binary choice between Sinn Féin and Fine Gael. A reputable poll showing Bacik in second place has just scuppered a core Fine Gael strategy.

Hence the Fine Gael leader’s handwritten letter to voters pleading for support. “Our three-party government only has a small majority and every TD’s vote counts in the Dáil”, Leo tells them – yet he was phlegmatic when the last Fine Gael TD elected by these very voters in February 2020 just upped and walked away from politics.

By-elections are unreliable predictors of the wider political mood. Bertie Ahern never lost a general election As Fianna Fáil leader, but he never won a by-election as one either. But they can help end leadership careers. With five weeks of losing the two November 1979 by-election in Cork City and Cork North-East, Jack Lynch was gone as both Taoiseach and party leader.