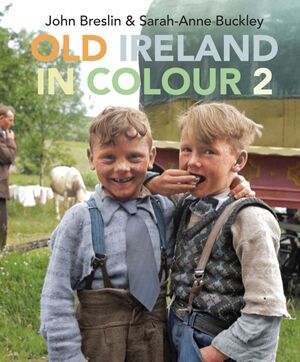 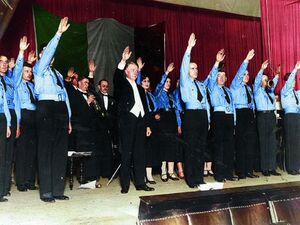 Fine Gael leader WT Cosgrave (in white tie and tails) salutes The Blueshirts in the Mansion House, 1934 colourised from a black and white print in Old Ireland In Colour 2 (top)

I got a copy of Old Ireland in Color II and was really enjoying it until I came to a picture of the Blueshirts. The caption states that the Blueshirts are giving the ‘Roman salute.’ For some time now the far-right and far-right apologists have taken to using the term ‘Roman salute’ to rehabilitate the memory of those who took the side of fascism in 1930s Europe. I was rather taken aback to see the term ‘Roman salute’ in an Irish book that’s published in the 21st century. WTAF. The Irish Times review has the picture and caption too.

27 thoughts on “Don’t It Make Your Brownshirts Blue”