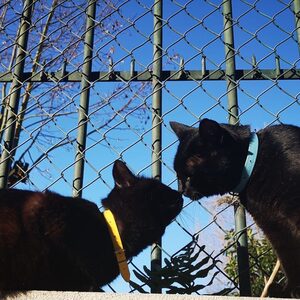 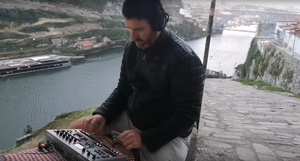 ‘What is worth doing?

‘That’s a question I wrestle with quite often.

‘It’s a bus with many stops and a circular route. I usually get off at either “Something that helps others” or “Something worth leaving behind”. The first is reasonably easy to get to, the second will often catch you up in emotional traffic, rarely your own.

‘On a recent bus trip, I got a new insight. The things that stay in your head, never get into this world, so never get left behind. Unlike our worldly possessions, you can bring them with you.

‘I was surprised when I started sending photos into BS that they were interested in publishing them. I was then thrilled that they would help let the world know about the things I worked on at in my music tech company.

‘I was honoured and surprised that they were interested in having me on the panel on BS on the telly. I grew as a person and in my own estimation at the honest encouragement I received from John and the rest of the team. They made the parts of me which didn’t feel good enough, now feel good enough. It made me feel more OK, which is sometimes all you need.

‘I often think of Quiz Kid Donnie Smith in PT Anderson’s film Magnolia. That scene where he’s crying in a bar and says, “I have so much love, I just don’t know where to put it”. I think everyone has felt like that at stages in their life, I know I have. I think Broadsheet has been a place to put love, in its many forms. I think in creating Broadsheet, John and his team have done something worth doing. They also allowed us all on his bus and broke the laws of metaphysics, allowing us to get off at two stops at the the same time.

‘I attach (above) a photo of our two boys, Yin and Yang (top), who wandered into our lives during first lockdown.

‘Sincere thanks to all.’

God Save The Queens

Luke Brennan: The Truth With No Buts